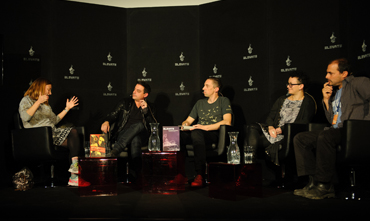 reative Response is the theme of this year's Elevate festival. Fittingly, this was a vast, sprawling session that spread over two hours, with six guests and more than a dozen contributions from the audience. Unfortunately, that means this blog post can only be a short introduction to a small part of the stimulating discussion.