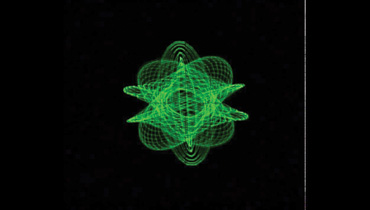 One might find it hard to imagine, but there is a type of electronic music out there that is ubiquitous but simultaneously refuses to pigeon-holed. This might be attributable to the various musicians who care less about celebrating a certain scene or collective musical tradition, but more about working with relatively abstract themes, for example the structuring and shaping of noise.

The young 3 RAR project, spearheaded by the Viennese artist Beatrix Curran, will kick the evening off with a show that creates tension out of the polarising contrast of vocals and distortion.

22-year-old Sebastian Gainsborough aka Vessel is an integral part of Young Echo, a collective hailing from Bristol, UK. The early days saw them set their gaze on house music, although their doors have been opened to a wide variety of different styles in the meantime. The radical grime/dancehall sketches of Neek & Kahn and the recent Blackest Ever Black release by Killing Sound only attest to that. The sound architects Killing Sound also feature Gainsborough among their ranks, alongside Jabu and El Kid. Gainsborough's recently released second solo LP “Punish, Honey” is located (by the man's own definition) between British folk, industrial experiments à la Coil as well as the Bristol sound system scene.

Mika Vaino aka Ø, who currently resides in Berlin, has become one of the stars of experimental soundscapes and abstract techno in recent years. He made his way early on as a part of Pan Sonic and released on labels such as Touch, Raster-Noton, Mego and of course Säkhö, an imprint that he co-founded with current label runner Tommi Grönlund in 1993.Vaino's Raster-Noton labelmates and fellow Bristol residents James Ginzburg and Paul Purgas, comprise the duo Emptyset. These guys have managed to uproot from British club culture and roam obscure venues like abandoned coal mines and deactivated nuclear reactors, where they make field recordings that they incorporate into their audio-visual performances creating impressive new structures between broken techno and harsh noise.

Jerobeam Fenderson's work could be described as “music for oscilloscopes.” Orida Music from Graz recently released his debut which was praised to the heavens by Wire Magazine. His live sets take his audience on a peculiar trip into his bizarre world of frequencies which more often than not, features analogue mushrooms and butterflies.

The evening will be sonically decorated by Forever Traxx from the Beastonleash crowd, who will serve up a steeldrum-pop mixture prepared on 78rpm.As we've pleasantly grown accustomed to in recent years, the visual installations in the Dungeon will be operated by OchoReSotto.(Text: Chris Hessle/Skug)