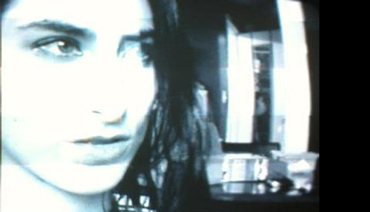 During EDM's ascension to what is essentially the new arena rock, a generation of musicians in the United States committed themselves to the restoration of the American techno tradition.

The whole thing is basically divided up into two camps: on one hand we have the area between FXHE and footwork, which references techno as the sound of the working class (i.e.: Motor City), and a group that bears a strong bond to the art scene of New York and is musically more open to European influences, on the other. But even if these two sides struggle to get along, their individual output is not all that dissimilar, and common ground can indeed be achieved from time to time.The floor will be opened by DJ IZC, who runs the Dubsquare label and who's techno sets commute between Chicago and Detroit.Aurora Halal can clearly be classified as a member of the art crowd, but her Mutual Dreaming club nights have proven to be a highly important platform for artists from both camps. Some of those being Terrence Dixon, Hieroglyphic Being and Ultradyne. Her live performances demonstrate an uncommonly melodic but still pretty suave approach to Detroit techno.  //VIDEO:youtube:ePRP7GXzqyI//Ren Schofield aka Container's live sets are structured a lot heavier and more repetitive.The Boston-based musician has been known to release on primarily experimental techno labels like Morphime or the Mego sublabel Spectrum Spools. Since his 2010 debut, Schofields work has evolved from classic 4/4 techno to a sound that draws heavily from electro and wave.

When those two live sets wrap up, the stage belongs to Traxx from Chicago, who will be spinning until the early morning. Hardly anyone is capable of fusing old school and new school techno as plausibly and effortlessly as the chairman of the Chicago-based Nation label. Ever a devotee of analogue equipment for his DJ sets and studio productions for Gigolo Records and Crème Organization, he is no stranger to the new generation of techno and house artists.(Text: Chris Hessle/Skug)