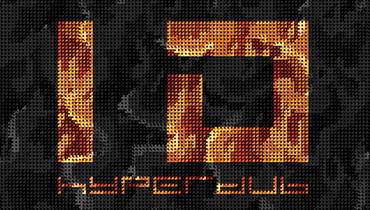 In no more than 9 weeks, Elevate Festival will return for its 10th anniversary. With the full lineup to be released in early September, here’s a preview of the literary portion of the festival, as well as the new wave of acts.

Another anniversary to celebrate: the line-up of the Hyperdub 10th birthday showcase is now complete. The label's head honcho and one of dubstep's foundational figures, Kode9, will bring the rinse.fm radio host Scratcha DVA, as well as Ikonika and Cooly G, to represent the label's rich sound palette. A special birthday present comes with Mala added to the line-up, and Teklife DJs Feloneezy & Jackie Dagger to end the evening in the footwork manner.

With the named master of the neo-acid scene, Vienna’s Tin Man, as well as Graz-born Clara Moto, Elevate Festival features a variety of homegrown talent on the bill.

A deep but soulful take on house music comes from old hand Fred P., aka Black Jazz Consortium, who has been carving out and working on music for the past 20 years in the New York house music scene.

One of the UK's finest new talents, Ed Russell, aka Tessela, whose slamming broken beats and smart sense of rhythm brought him to labels like R&S Records and Punch Drunk, will headline the Saturday's line-up in the Tunnel.

On the more avant-garde side of the programme, Elevate will feature the first Graz performance of the artist and multi-instrumentalist Robert Aiki Aubrey Lowe, also known as Lichens, who works with voice in the realm of spontaneous music.

This year, the experimental centre of Elevate Festival looks out over the city’s famous red rooftops. For the first time during the 5-year collaboration, partner festival hoergeREDE throws open the doors of the “Stallbastei” on the Schlossberg, a former prison for anti-monarchy troops in the 18th Century. During the festival, multimedia pieces on the cut surface between text, sound and video art will be presented to the audience. The program includes the rapper and theatre maker from South London Kate Tempest, who will give an insight into the social revolutionary potential of her spoken word poetry and will present exclusive extracts of her new text collection, to be released this fall. Also, rock legend Lydia Lunch will be seen in a whole new way with her brand-new sound art project “Medusa’s Bed”, together with violinist Mia Zabelka and experimental musician Zahra Mani. In this project, Lydia Lunch finds her politically sensitive and yet unapologetically radical voice. Besides other literary voices of contemporary literature, hoergeREDE presents artists of different, up-to-date music genres, including a special collaboration with the “Hochschule der Künste” in Berlin, whose students from the “Kunst Im Kontext” (“Art in Context”) class joined forces with the Graz-based lyricist Christoph Szalay and produced a text-sound-performance together with the critically acclaimed Golden-Disco-Ship and photographer/video artist Antonia Cattan.

The Early Bird Tickets are entirely sold out. The full festival ticket is available for 44€ (+ additional presale fee). The day passes will be available at the beginning of September.