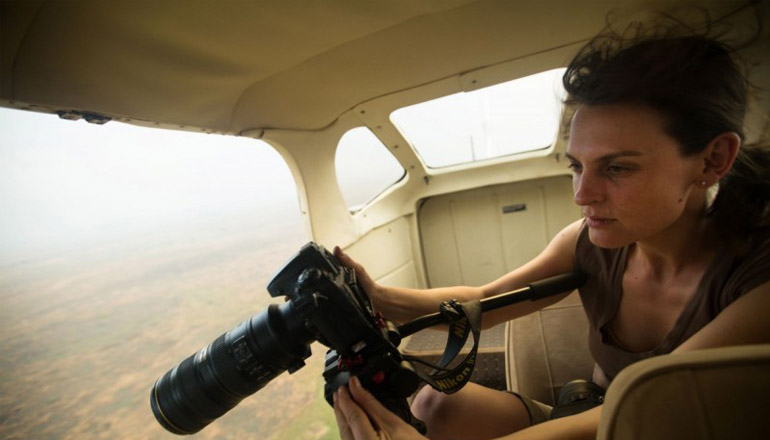 Kate Brooks began working as a freelance photojournalist in Russia while documenting child abuse in state orphanages. The resulting photographs were published worldwide and used by the Human Rights Watch to campaign for orphans’ rights.

Following September 11th, Brooks moved to Pakistan to photograph the impact of U.S. foreign policy in the region. In 2003, she covered the American invasion of Iraq and the beginning of the insurgency for TIME. Since then she has continued to work extensively across the greater Middle East, photographing political turmoil and impact of conflict on civilian populations.

Kate Brooks was awarded a 2012-13 Knight-Wallace Fellowship at the University of Michigan. There she began researching wildlife trafficking and the pan African poaching epidemic for the documentary film The Last Animals.