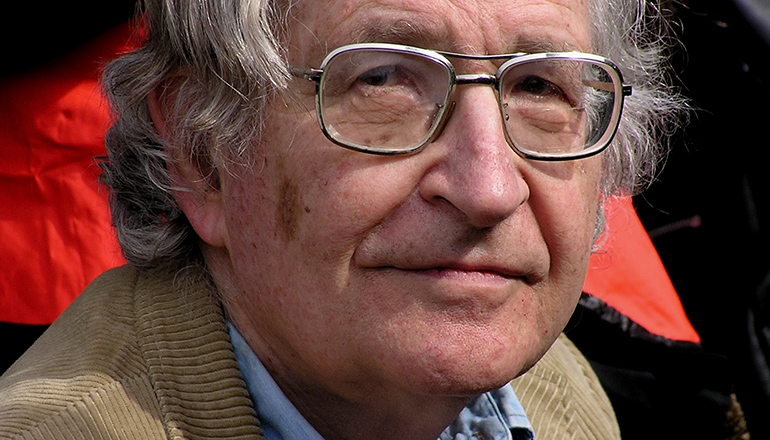 Noam Chomsky is one of the leading North American intellectuals and scholars. A MIT Professor of Linguistics and long-time activist, prolific writer and popular lecturer, Chomsky speaks widely on a range of social and political issues, both national and international. From linguistics to philosophy, from history to contemporary issues, from international affairs to U.S. foreign policy - his clear, straight-forward honesty is legendary.

Chomsky joined the staff of the Massachusetts Institute of Technology in 1955 and in 1961 was appointed full professor. In 1976 he was appointed Institute Professor in the Department of Linguistics and Philosophy. He is one of the most important contemporary linguists and had a big influence on the developments of his discipline.

Chomsky is the recipient of numerous honorary degrees and awards. His over 100 books include A New Generation Draws the Line, New Horizons in the Study of Language and Mind; Rogue States; 9-11; Understanding Power; On Nature and Language; Pirates and Emperors, Old and New; The Faculty of Language; Profit over People; Media Control; Hegemony or Survival; and Occupy.