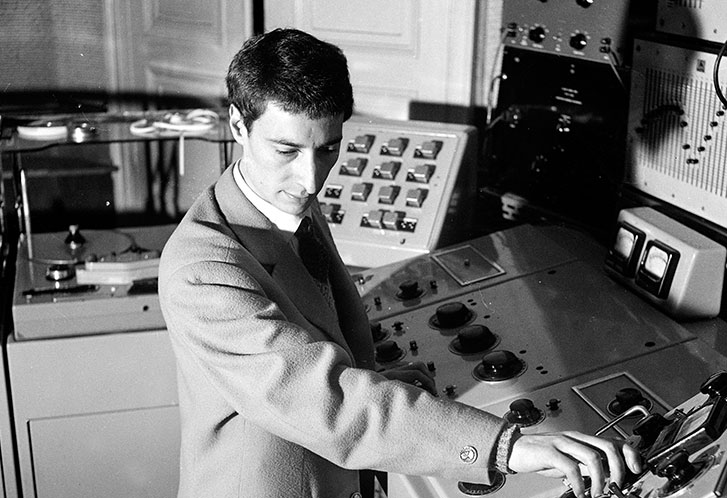 This electroacoustic music belongs to a series of what one could call “imaginary sound landscape or soundscape”. Contrary to Presque Rien or day rising at the edge of the sea, where the landscape tells itself, here a traveler discovers a landscape and tries to evoke it like musical landscape.

We were Brunhild and I, in the surroundings of the Gorges du Tarn. We had the idea to take a small road climbing a rocky mountain during ten kilometers. After a last curve opened in front of my eyes a completely unexpected landscape. It was the sunset. In front of us, a very huge highland was spread out with soft curves until the horizon, until the sun. The colors went from the dry grass yellow to the mauve of the distance, passing by the black of some small thickets punctuating space. Almost empty nature was offered to the eye without any obstacle. We could see everything.

Later, when I recalled this place and the feelings I had tested, I tried to compose music able to make revive my memory.

The “Causse Méjean” is a high plateau of an altitude of about 1000 m in the Massif Central. Farms far from each other punctuate it. Some persons returned their herds of ewe. I had the idea to evoke this recluse and diffuse presence of humans by fragments of conversation I had with some of the shepherds. The human language is integrated in musical texture; the sound of the voice says much more than what it really says. One of the shepherds said one day: ”… I am never bored. I listen to the landscape. Sometimes I blow in my flute and I listen to the echo speaking to me…” It is by thinking of him, that I used the flute and its echo in my music.