Raz Mesinai aka Badawi (us) 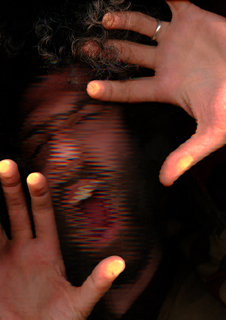 Composer, producer, graphic novelist and educator, Raz Mesinai has been on the forefront of the NY underground music scene since 1992.  Born in Jerusalem and raised in New York City in the early 80's, Raz Mesinai began experimenting with electronic instruments, mostly tape players and drum machines, at the age of 10 when he tried to make instrumental beats for break dancers in his neighborhood. Since then Mesinai's music took on a life of its own, becoming synthesized with a passionate love for history, myth, fantasy, horror, mysticism, alchemy and most of all, Dub. His albums under the guises of Badawi, Sub Dub (a collaboration with John Ward) and Ladyman have been hailed as landmark records for NY's old school of experimental dub. Under his own name Mesinai has recorded three critically acclaimed albums for John Zorn's Tzadik imprint, one of which was acclaimed as a "masterpiece of both minimalism and maximalism".
Later on Mesinai received numerous commissions from such ensembles as The Kronos Quartet, Ethel, Maya Beiser and VIA, and he has been a guest artist, educator and lecturer at UCSD, The Southern Danish Academy Of Music, Dartmouth, Dub Spot, NYU and The New School. In 2010 Mesinai started his own label, The Index, with renowned DJ and currator Dave Q, releasing brand new Badawi material with remixes by Shackleton, Kode9, Headhunter, Machinedrum, Cardopusher and Meat Beat Manifesto as well as collaborations with MC Sensational, Oren Ambarchi and Vladislav Delay. The labels focus is to bridge the gaps between what he calls "sit down" and "stand up" music.
Supposedly, Mesinai is sitting on three brand new albums, one of which he will perform live for the Graz' Elevate Festival.