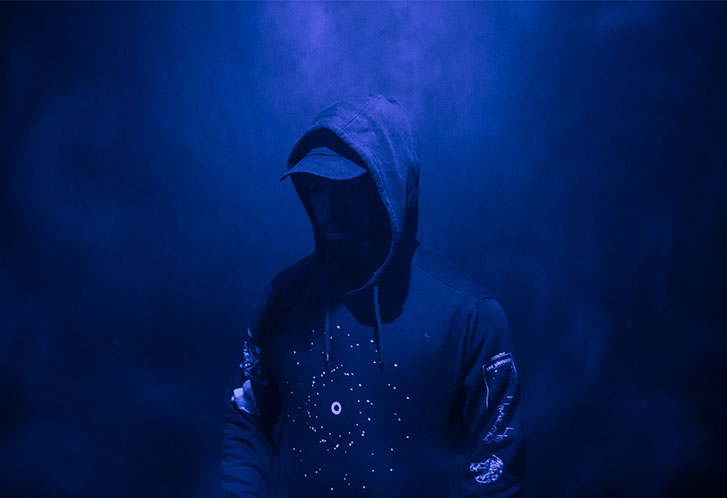 Slikback is a Kenyan DJ and producer. After joining the Nyege Nyege collective in Kampala in mid-2017, he began to develop his sound fusing footwork, trap, grime and a variety of contemporary underground African club styles. His Debut EP "Lasakaneku" was released in June 2018 by Hakuna Kulala, a Kampala based label exploring new voices from the region.

Since then his rise has been rapid, including a Boiler Room stream of his show at Nyege Nyege Festival and a European premiere at Unsound Festival in Poland. His performance there was highlighted by Resident Advisor as one of the 5 key performances of the festival and the mix itself went on to be praised by various publications such as Pitchfork, The Guardian, and RA.

Slikback continues to create new interesting sounds while still working with amazing vocal talents from Kampala. He also has a new project called o g n i k i with Polish producer Morgiana Hz, which explores and merges their respective universes.

Co- Curated by Unsound Festival as part of: