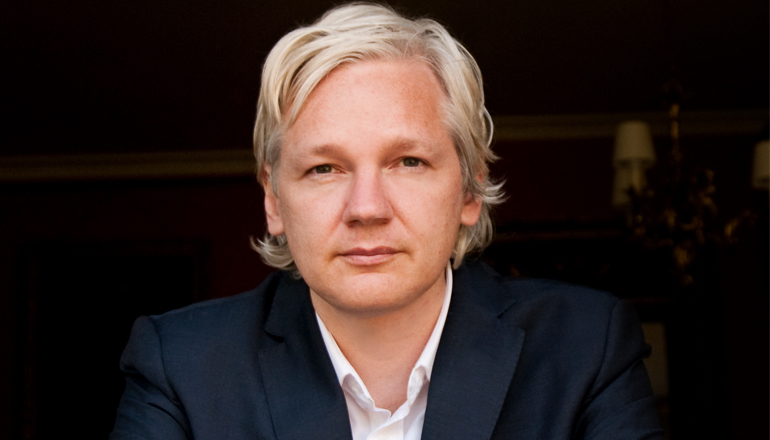 Julian Assange is the founder and editor-in-Chief of Wikileaks and freedom of expression activist. He has received numerous awards and recognition for his publishing activity. He also has received a lot of criticism for his selective publishing and an alleged interference in the US Presidential Election in 2016.

Assange came to international attention in 2010, when WikiLeaks published a series of leaks allegedly provided by Chelsea Manning, relaiting to the US wars in Iraq and Pakistan.

In November 2010, a request was made for Assange's extradition to Sweden, where he had been questioned months earlier over allegations of sexual assault and rape. Assange continued to deny the allegations, and expressed concern that he would be extradited from Sweden to the United States because of his perceived role in publishing secret American documents.

WikiLeaks publications have been used as evidence in myriad civil and criminal court cases around the world. In August 2017 the Inter-American Court considered the nature of offshore refuge law emerging from his situation with nearly 80 institutions and states briefing the court.

Julian Assange has been arbitrarily detained in the United Kingdom since 8 December 2010. Following an independent UN investigative committee finding that Sweden and the UK were in breach of international law, Sweden dropped its "preliminary investigation" in 2017.

The UK continues to pursue an arrest warrant against him despite this. He is the subject of a seven year Grand Jury investigation in the United States that Australian diplomats called "unprecedented in scale and scope". In April 2017 the US Attorney general affirmed
that his arrest is a "priority".

Controversies and criticism of Julian Assange aside, the media organisation WikiLeaks has changed the landscape of media, journalism, the general consciousness of whistleblowing and the awareness of technology and communication forever – on a global scale. Despite being under house arrest or arbitrarily detained for more than half a decade, Julian Assange nevertheless continued to publish globally relevant information, pure data, and systems to search and analyze information contained in leaked documents. Wikileaks’ approach to Scientific Journalism and a meticulous technological verification process is unique in its kind. It has provided media partners all around the world with easy access to leaked information. And inspired other media organizations to also install “secure digital drops”. The political ramifications and the fierce backlash from many leaks are being dealt with from within a tiny room in London. Assange got the Ecuadorian citizenship in December 2017, even diplomatic status, but will the British law enforcement provide safe passage to the granted political Asylum in Ecuador? Almost 6 years have passed. Ecuador wants a solution. How long will the United Kingdom stall the process? What’s next with WikiLeaks?

At the Elevate Festival 2018 opening event, Julian Assange will give a short speech, followed by a moderated Q&A .