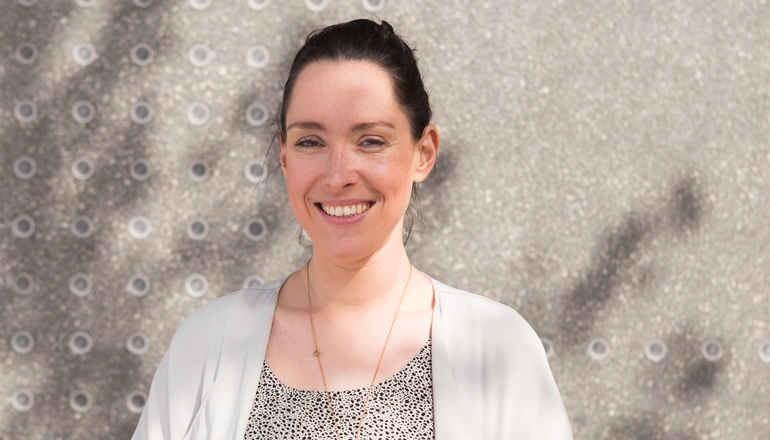 Eva Fischer is a freelance curator, cultural manager and lecturer in audiovisual art, virtual reality and experimental media. She studied art history and cultural management in Graz, Utrecht (NL) and Vienna. During her studies she worked in the museum as an art mediator. Since 2006 she has worked as a freelance curator. In 2007 she initiated the sound:frame festival, which once a year interlaced exhibitions, performance formats and discourse programmes in the field of audiovisual art and culture and in 2016 celebrated its 10th anniversary and at the same time its last edition. From 2006 - 2016 she was active as a visualist herself.

In 2009 she founded the agency of the same name, sound:frame, which was expanded to a co-production office in 2016. She curates interdisciplinary exhibitions and performance series with an emphasis on audiovisual art, media art, virtual reality and XR. Since 2016 she has been in charge of the production of the Diagonale - Festival of Austrian Film. Since 2018 she has been active as co-organizer of XRVienna.

As a lecturer she gives guest lectures at international universities, technical colleges and festivals and taught from 2011 - 2018 in the subject "Audiovisual Media" at the IKM/ Institute for Cultural Management at the University of Music and Performing Arts Vienna. Since 2014 she has been teaching "Experimental Media" at the University of Applied Sciences in St. Pölten. In 2016 she held a teaching position in the Audio Department of the MultiMediaArt Master's Programme at the Salzburg University of Applied Sciences.