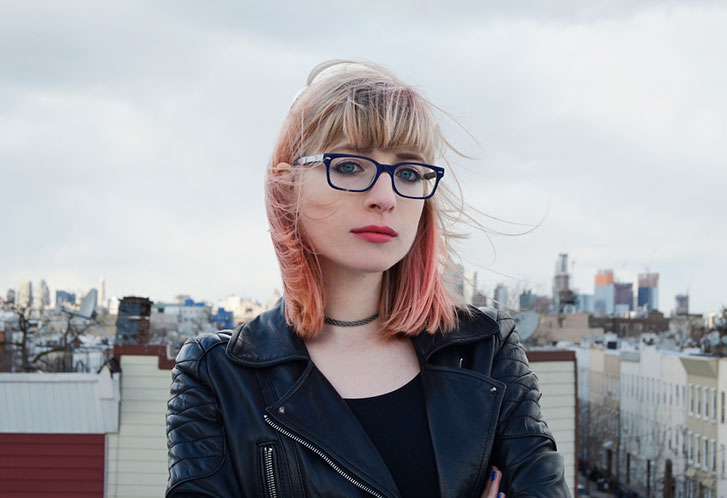 Kelly Moran is a classically trained composer and musician based in New York. While she has composed music for many instruments, and performed in several avant-rock groups and experimental ensembles, she has received the most attention for her solo albums marrying prepared piano arrangements with ambient electronics. Following the surprise critical success of 2017's Bloodroot, she released the improvisation-based Ultraviolet in 2018.

Moran decided to play piano at a very young age, despite the fact that none of her family members had a musical background. She studied piano performance, sound engineering, and composition at the University of Michigan before attending graduate school at the University of California, Irvine, where she composed electro-acoustic chamber music for modern dance performances as her master's thesis. She began releasing solo recordings in 2010, starting with Microcosms, followed by 2011's Movement, which featured pieces composed for dance performances in conjunction with choreographers Julia Cost, Randall Smith, and Susie Thiel. Moran's live recording One on One was issued in 2012. In addition to her solo work, Moran played bass alongside thrash-jazz drummer Weasel Walter in the band Cellular Chaos, played synthesizer in Voice Coils, and played piano in the Charlie Looker Ensemble.

Following 2016's Optimist, Moran's Bloodroot was released by Telegraph Harp in 2017. Composed, produced, and performed entirely by Moran using prepared piano and electronics, the album received attention from Pitchfork, Rolling Stone, and The New York Times, which named it one of the best classical releases of the year. After the album's release, she began performing live with Oneohtrix Point Never, in addition to composing for pianist Margaret Leng Tan as well as percussion/piano quartet Yarn/Wire. Ultraviolet, based on a series of prepared piano improvisations with added electronics, was released by Warp in 2018.