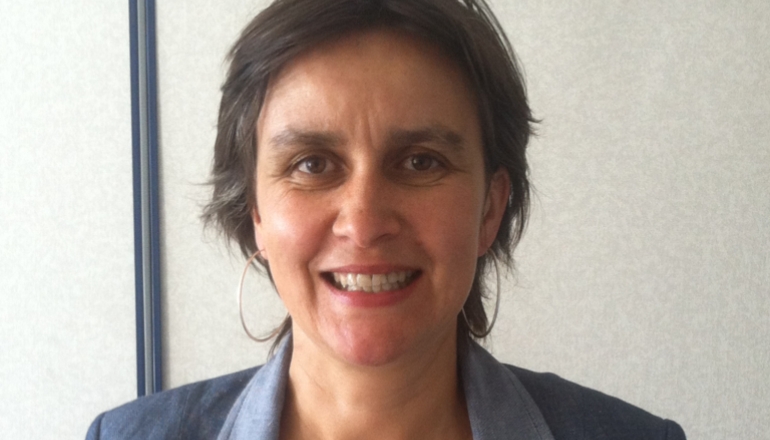 Parisian Sophie Magon is interested in ecology, politics, arts, health, new ways of consuming and travelling. She works as at Ensae, the Paris Graduate School of Economics, Statistics and Finance and loves to ride her bike.

Since 2010 Sophie is a member of the Amap les Trognons de la Nation. Amap stands for Association de Maintien de l’Agriculture Paysanne (association for the maintenance of peasant agriculture). The principle idea behind these non-profit organizations is to build a direct relationship between a farmer and a group of consumers. The consumers pay for a year’s harvest of the farmer’s produce in advance, so that (s)he can do her/his job well without having to worry about finance, marketing, etc.

The Amap Trognons de la Nation exists since 2009 and has a current membership of 60 people. It was created by a few people who want to support local small scale agriculture and eat organic vegetables. The members (amapiens) commit to buy the crop in advance, to visit and help at the farm at least once a year and to help to distribute the vegetable baskets at least four times per year. The farmer commits to deliver a basket of vegetables for all the members once a week and to be present when the amapiens pick it up, to produce according to organic standards, to organize farm visits every year and to decide which vegetables to grow together with the amapiens.

The first food distribution models similiar to Amap were started in Japan, Germany and Switzerland in the 1970s. In the 1980s the concept was also developed in the USA. In Japan the projects are called Teikei ("direct relation"), in the USA they are called CSA (Community Supported Agriculture), in Austria and Germany GELAWI (Gemeinschaftsgetragene Landwirtschaft) or SOLAWI (Solidarische Landwirtschaft). In France, the first Amap was officially created in 2001. Today there are 270 consumer groups working with 150 farmers/producers around the country - flourishing and inspiring the rest of Europe to create similar projects.