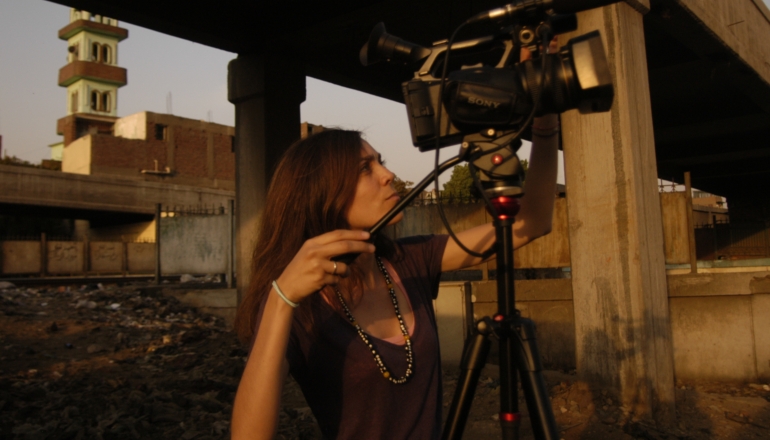 For as long as she cares to remember, Hind Meddeb has been shuttling between France and the Maghreb. A forever-mobile citizen of both shores, she feels equally at home on either side of the Mediterranean and uses this duality to attack prejudice and preconceptions. As a film-maker and journalist, she scours the Arab world - tracing and retracing her steps across Morocco, Tunisia, Egypt and Lybia - on a mission to deconstruct the stereotypes about these lands that are pedalled by the Western media.

As such, her first film De Casa au Paradis (released in 2007) depicted the fate of fourteen Moroccan suicide bombers. Meanwhile Electro Chaabi, released in the immediate aftermath of the Egyptian revolution, was an immersive insight into life in the slums of Cairo, where young people dance to chaabi electro, a new style of music that blends traditional pop, electro beats and freeform rap-style chants. A jury’s selection at the BFI London Film Festival in 2013, Electro Chaabi has toured the world and was awarded the Charles Cros Academy prize.

Her latest film, Tunisia Clash, is an intimate road movie set in post-revolution Tunisia. For the film, Meddeb interviewed a number of artists, activists and ordinary citizens who each recounted their hopes and dreams, ranging from bitter observations to the desire for revolt and the thirst for liberty.