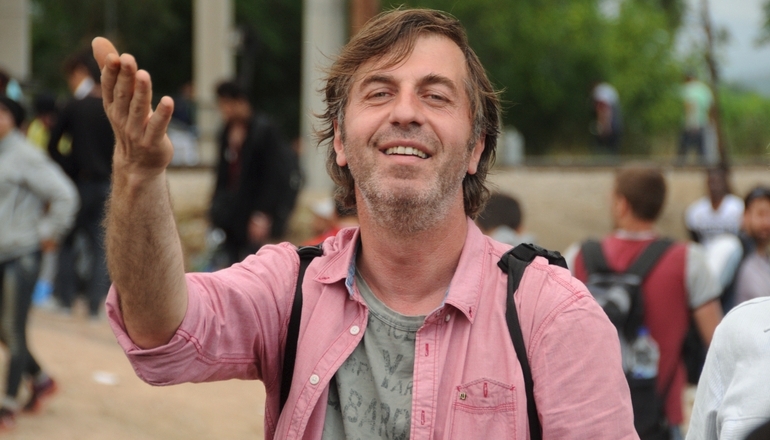 Vasilis Tsartsanis began his career as hairdresser and has also worked as technical advisor in 2 multinational cosmetics companies. His participation in Libya for the interview of Muammar Gaddafi and his work in Athens 2004 Olympic Games affected his views. He broadened further his horizons as production member in the Greek TV Show «Balkan Express» which explored the common customs of people in Balkans and Middle East.

When his homeland Greece became the scenery of the refugee crisis he immediately responded. Vasilis was the first activist to arrive in the infamous Idomeni borderline in 2014 and the last to leave in 2017. He voluntarily organized humanitarian aid to the refugees whose stories he knows better than everyone and was soon invited to address the European Parliament informing also the international media upon the subject. He was not supported by any large organization, only by his fellow citizens.

Vasilis is currently running the art project Small Room by Asklepeion and researches around Europe for refugees’ integration.