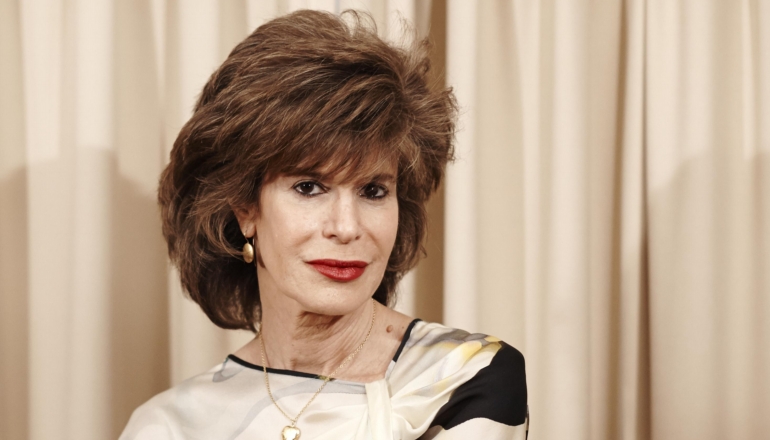 Shoshana Zuboff is the Charles Edward Wilson Professor of Business Administration at the Harvard Business School (retired), and a faculty associate at the Berkman Center for Internet and Society at Harvard University.  One of the first tenured women at the Harvard Business School, she joined the faculty there in 1981. She earned her Ph.D. in social psychology from Harvard University and her B.A. in philosophy from the University of Chicago. She has been a featured columnist for BusinessWeek.com and Fast Company.  Shoshana is also founder of the executive education program Odyssey: School for the Second Half of Life.

Shoshana is currently working on a new book (working title,The Summons: Our Fight for the Soul of an Information Civilization). It will be published by Public Affairs in the US and Eichborn in Germany. The Summons aims to contribute to a new positive narrative of  the digital for a post-Snowden world. It integrates her lifelong themes: the historical emergence of psychological individuality, the conditions for human development, the information revolution, and the evolution of capitalism. The Summons begins with the oldest question: master or slave? It explores the origins of information civilization and its prospects. Can information civilization be, perhaps counter-intuitively, a new human turn, despite the seeds of a much darker future that have taken root? What are the urgent social, economic, political, and juridical choices we face?  What new forms of institutionalization are needed on the far shore to foster human salience in a civilizational milieu of prosperity, democracy, and shared prospects for survival on a warming planet?

Shoshana is a frequent contributor to the Frankfurter Allgemeine Zeitung (FAZ). Recent articles include “Be the Friction: Our Response to the New Lords of the Ring”(June 2013), “Obama, Merkel, and the Bridge to an Information Civilization” (January 2014), and “The New Weapons of Mass Detection” (February 2014 ).  Another essay, “Why Robots Are Stupid,” will appear in FAZ in April 2014 as the final piece in their series, “Thinking the Electronic Condition.” Two new scholarly articles in 2014 include,  “Information Civilization and the Human Turn,” forthcoming in The Information Society, and “Small Data: Reflections on the Smart Machine” forthcoming in the journal Information and Organization.

Other recent work includes a short essay,“For Doubt,” in the international art magazine Frieze as part of their special issue on quantification and surveillance.  A 2012 essay, “When Global Warming Ate My Life,” was written for 350.org’s Connect the Dots campaign (Huffington Post, April 2012) and links her experience of destructive lightening to global warming. Shoshana’s  most recent business article is “Creating Value in the Age of Distributed Capitalism” (McKinsey Quarterly, September 2010).

Reality is the Next Big Thing