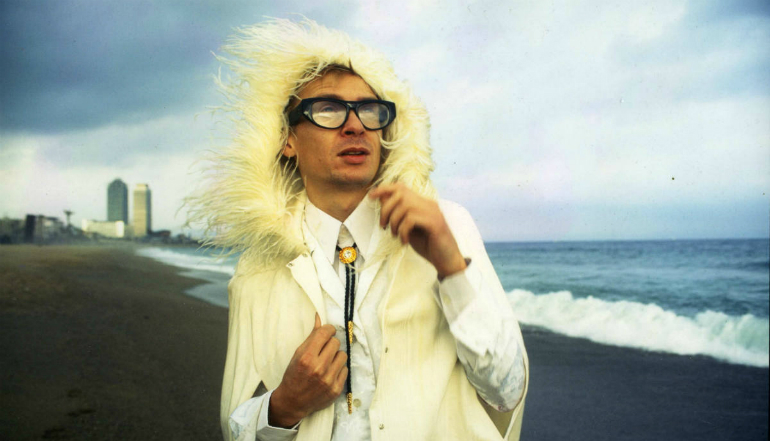 [Nur englische Version dieser Biographie verfügbar]
Musician and composer Jimi Tenor has never settled for the traditional role of a pop artist. He is known as a productive musician whose work lies beyond current trends, and also as a performer who combines the finest elements of afro-american music, spontaneous silliness and shameless glamour in an original way.

Besides being a professional musician for almost 20 years, Jimi Tenor (born Lassi Lehto, 1965, Lahti, Finland) has also practised photography, directed short films and designed clothes and musical instruments. Although Tenor spent all of the 90s in Berlin, New York, London and Barcelona, his artistic approach was typically Finnish: technically practical, but saturated with black humour and a national romantic tone. So he was quite at home all over Europe in front of a crowd gone wild, wearing a glittering self-designed costume and a flowing cape, holding a noise-producing device the main components of which were a walkman made in Hong Kong and an East-German bicycle dynamo, performing a song about ancient Finnish forest gods, sounding like a mixture of Gil Evans, Jimi Hendrix and Fela Kuti.