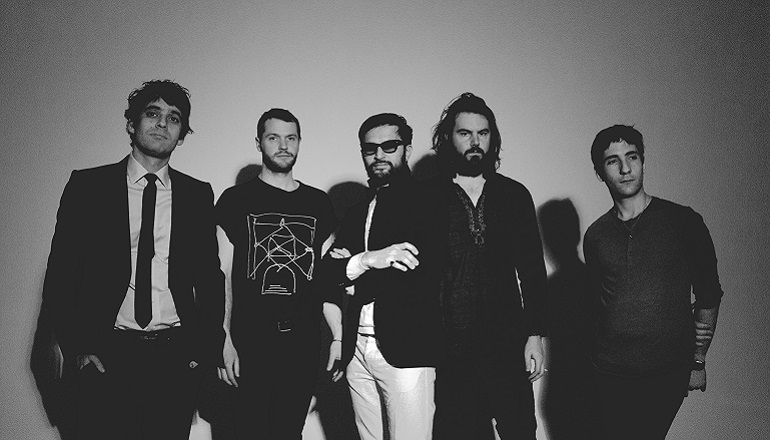 Suuns & Jerusalem In My Heart

Beginning in November 2012, Suuns (Ben Shemie, Liam O'Neill, Max Henry and Joseph Yarmush) and long time friend, Radwan Ghazi Moumneh, rented a studio in Montreal for seven days. The idea was to collaborate on rough sketches of song ideas and to complete as much recording as possible without discrimination. The session was successful, yielding many vibe-laden songs featuring heavy analog synths, Arabic influences and electronic sensibilities.

After the session, the recordings layed dormant. Both bands were releasing individual albums; touring was to ensue shortly. Some editing time was squeezed in between tour dates but a full year passed before the songs were heard by an audience. The collaborative band did a live show at Pop Montreal 2013 and then another the following March. At that point, the project was kickstarted into gear. The band over dubbed and re-worked the songs in the summer of 2014 and finally, whilst on tour in October, finished the vocal overdubs and mixing. Radwan Ghazi Moumneh of Jerusalem In My Heart did the tracking and most of the mixing while Max Henry of Suuns handled some mixing as well.

The live show is very much a performance with less emphasis on replaying the recordings note for note, but more about recreating the excitement of the initial recording sessions.