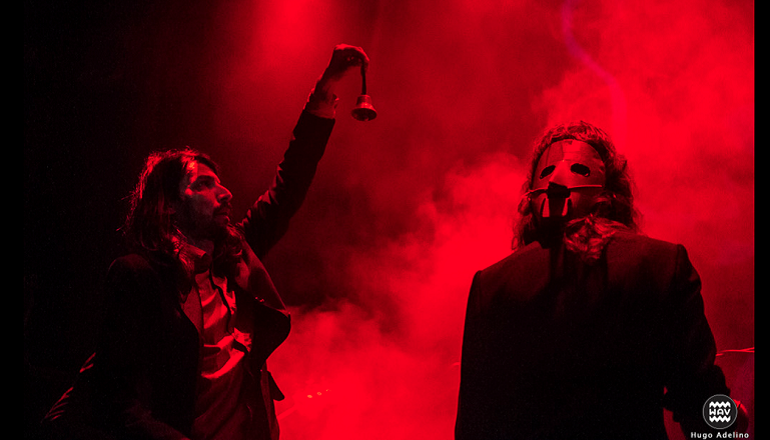 Hailing from Porto, HHY & The Macumbas is an ensemble comprised of bass, brass, percussion and electronics, written and dubbed by producer Jonathan Uliel Saldanha aka HHY.

Comprising an ever-mutating ensemble of musicians from the Portuguese underground music scene, The Macumbas range from five to ten players on stage, presenting frantic and enigmatic live shows, between the film works of Kenneth Anger, the Dubbing of Sherwood, the Portuguese melancholic marching bands, as well as the raw trance-inducing rhythms of Haiti. They’ve been actively playing concerts, hitting up festivals like Sonar and Primavera Sound.

The Macumbas feverish Skull-Cave sound is now embedded into the vinyl grooves of their much anticipated debut record, Throat Permission Cut, and was released on a 12’’ vinyl on the SILO series curated by Raz Mesinai/Jonathan Uliel Saldanha and distributed by Cargo UK.