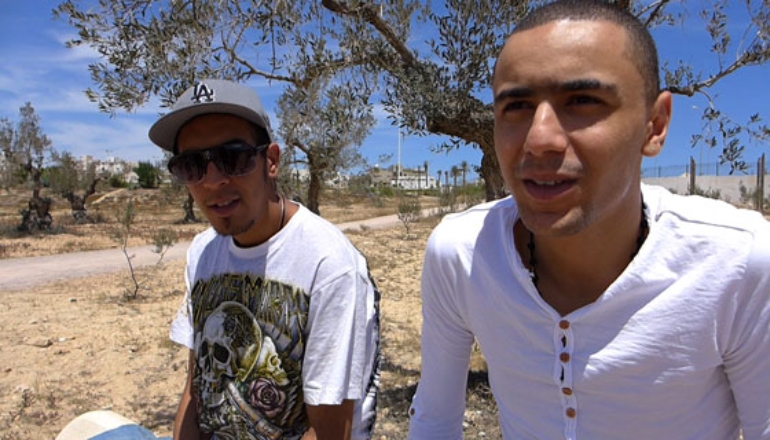 After the fall of the regime of Ben Ali in 2011 and years of oppression Tunisian rappers Phenix, Weld el 15, Emino, Madou and Klay Bbj believed they now had the right to say anything, that the revolution had brought them freedom of expression. In the same way they denounced the dictatorship of Ben Ali, these musicians are now taking the microphone to denounce the new government and its straying, the corrupt system that is slow to reform and the always oppressive Islamists shadow. Their speeches are however considered disrupting, so much so that the artists are suffering from unprecedented oppression. They were arrested during a concert, sentenced to prison for their texts and harassed daily by the police.

„I travel across Tunisia's slum suburbs in the south of Tunis to the desert plateau in the center. Artists, activists, ordinary citizens, they confide in me, entrusting me with their dreams and hopes: between bitter conclusions, desire for revolt and thirst for freedom.“ - Hind Meddeb (director)

Film Language of the event: en