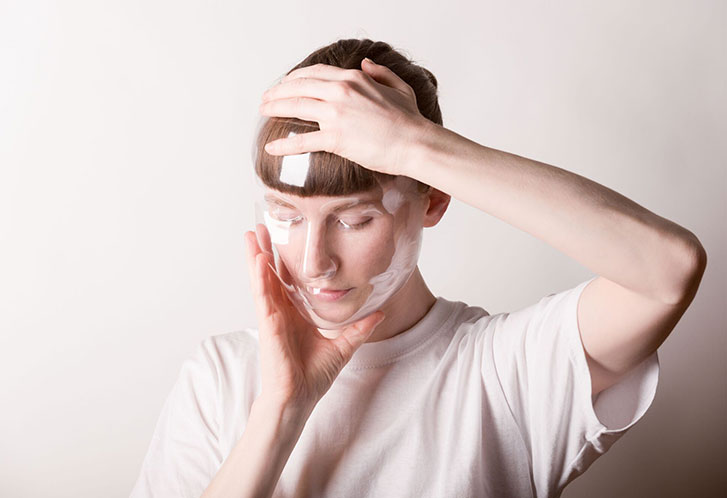 Vocalist, performer and sound artist Stine Janvin (NO/DE) works with the extensive flexibility of her voice, and the ways in which it can be disconnected from its natural, human connotations. Created for variable spaces from theatres, to clubs and galleries, the backbone of Janvin’s projects focus on the physical aspects of sound, vocal instrumentation and potential dualities of the natural versus artificial, organic/synthetic, and minimal/dramatic.

Stine Janvin’s live work is an ongoing exploration of her Fake Synthetic Music concept, materialised as a double LP on PAN, a stage piece for voice, echo and lights designed by Morten Joh, and a collaboration with video artist Erik Ferguson. In addition to commissioned work and collaborations for and with other artists, such as Ula Sickle, Adam Linder and Holly Herndon, Janvin is also performing regularly with duo project Native Instrument (Shelter Press, Entr’acte) and her alter ego ST/NE (Laura Lies In).

As an interpreter, Janvin is a member of the Holly Herndon Ensemble, and performs contemporary music as a soprano with vocal ensemble Song Circus and in collaboration with composers such as Catherine Lamb, Maja S.K Ratkje and Øyvind Mæland.

The performance at the opening is a commissioned work produced in the framework of the Re-Imagine Europe project, co-funded by the Creative Europe programme of the European Union.