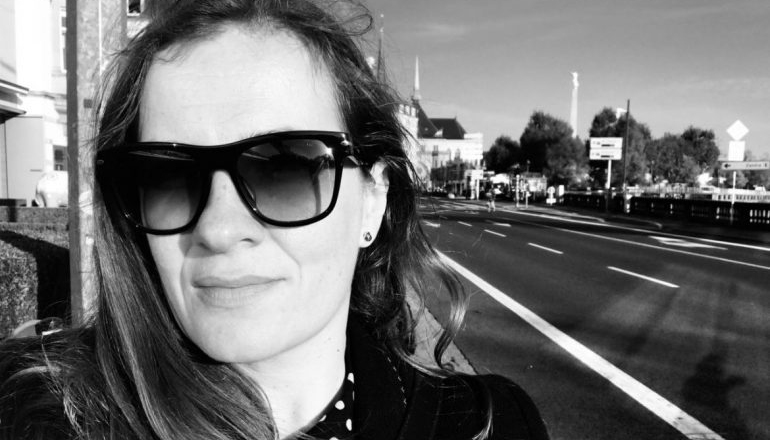 Anuška Delić from Slovenia, is an investigative and data journalist with with the Organized Crime and Corruption Reporting Project (OCCRP). She has investigated a variety of issues from asbestos on state-owned train infrastructure and abuses of election campaign law, to Slovenia's own anabolic steroid king Mihael Karner.

At the end of 2011 she uncovered that leaders of the Slovenian branch of worldwide neo-Nazi organization Blood&Honor were actively involved in the ranks of leading right-wing party. As a direct consequence of her articles, Delić was charged with publishing classified information, charges that were dramatically dropped by state prosecutors minutes before judgement. Subsequently, the Slovenian government changed the article of Criminal Code relating to publication of state secrets.

In 2015 she started The MEPs Project. She gathered journalists representing all 28 EU Member States who filed requests for access to documents of the European Parliament that show how Members of the European Parliament (MEPs) spend the professional allowances they receive on top of their paychecks. Journalists were refused access, and thus filed complaints against the European Parliament with the European Court of Justice. The judges agreed with the Parliament and proclaimed said data was in personal domain of MEPs. The group launched its first investigation in May 2017, which revealed how some MEPs abused their allowance, and includes a search facility for readers to check the filings of their local MEP. In December 2017, Delić was named as one of Politico's 28 people "shaping, shaking and stirring Europe"

In 2015 and 2016 Delić worked on ICIJ's Panama Papers investigation which brought her and more than ten colleagues at Delo the highest journalistic award in Slovenia: the Slovene Association of Journalists' Watchdog Award for Extraordinary Achievements.

In 2018 she established Oštro - the first investigative journalism center focusing on the Adriatic Region.