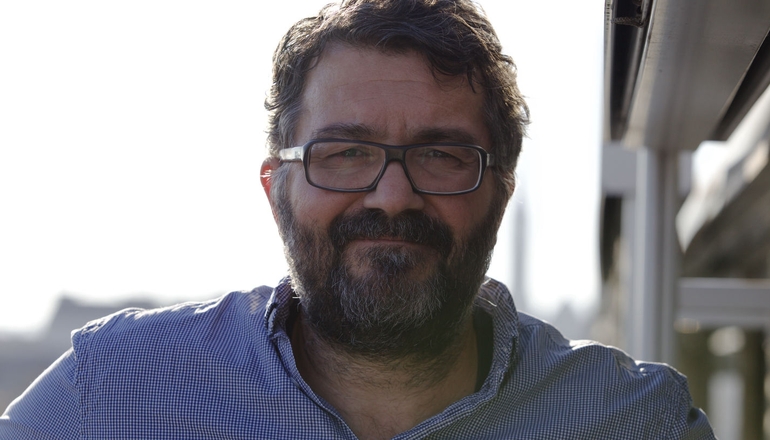 After studying History and German studies in Salzburg and Bilbao, Friedrich Moser first worked as TV-journalist. Since 1999 he has been making TV- and feature documentaries, among others THE BRUSSELS BUSINESS - an investigation into the murky lobbying world in Brussels - and A GOOD AMERICAN. In 2001 he founded his own production company blue+green communication.

A GOOD AMERICAN tells the story of Bill Binney, brilliant code-breaker and mastermind behind a revolutionary NSA surveillance program code-named ThinThread, who became the first NSA-whistleblower and inspiration to Ed Snowden. Binney and and his colleagues, among them Tom Drake, had used the official internal channels to denounce unconstitutionall mass surveillance and maasive corruption at the NSA. This got them into the crosshairs of the FBI and the Department of Justice who by using fabricated evidence wanted to get them into jail for 35 years. The award-winning film was invited to over 30 international film festivals, hailed by critics as one of the most important films of 2016 and screened at Elevate 2017.

Friedrich Moser's follow-up film THE MAZE (German title TERRORJAGD IM NETZ) investigates why mass surveillance, despite not only having failed, but having enabled the major terror attacks in Europe since 2015, is being expanded by politicians in collaboration with the digital arms industry and which alternatives to mass surveillance already exist - among them a program developed by a Vienna-based big-data start-up that resembles Bill Binney’s approach so much it actually couldbe called ThinThread 2.0, not only because of its efficiency but also because of the built-in privacy protections. The film has been nominated for the most prestigious German TV-award, the Grimme-Preis 2018.

Friedrich Moser’s next film tells the story of an American researcher who has found a way to reverse Climate Change to pre-industrial levels.

Internet Policies and Activism in Europe