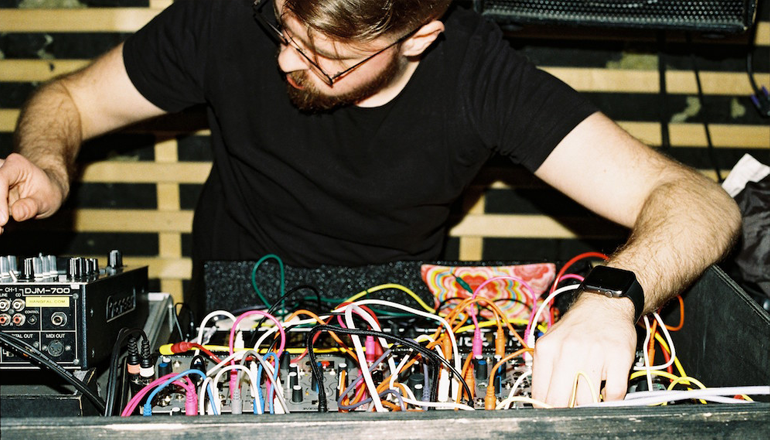 One of the most interesting younger artists of the club-electronic scene in Serbia is Jan Nemecek, born in 1989. in Belgrade. Due to family musical tradition, at an early age he showed interest for creating electronic music - he started to record with a primitive rhythm machine and a tape machine. At the age of 10 he wrote music for the children's series as well as for ads for films and TV series. Over time, he switched to MIDI and sequencers, as well as working in a software enviroment, and formed his own studio. He spent several years working on ambient music (the albums Disappearance and Through the Planetary Void), as well as various multimedia works. In 2006, he started the collaboration with Marko Nastic and Marko Milosavljevic, with whom he is working together in the studio, but also on the road, with his live act. Thus he performed at Exit in that same year, barely aged 17, making him one of the youngest performers at this event ever. In the same year he remixed Nastic's single U Are The Reason, and released a solo CD/DVD album Afterimage, while the set from Exit was released as a special edition acoompanying the Yellow Cab magazine, with a pressing of 15.000 copies. A year later he co-founded with Danilo Tomic one of the first Serbian net-labels - Norbu, where he turns to a more experimental side of electronica, minimal and house with his Kalope alias. Contrary to most DJs and producers on the local techno scene, Jan prefers playing live, presenting the development of his tracks on the dancefloor. If there is a question about what he is playing at a particular moment coming from an excited clubber, you will always hear that Jan plays only his own stuff. Earlier in 2008. he released his debut 12" for Traffica and the titled track appears also on the latest edition of Belgrade Coffee Shop compilation.