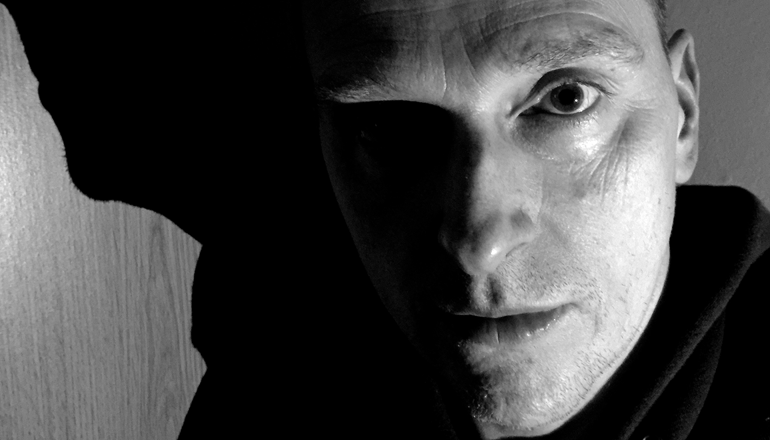 JK Flesh debuted proper in 2012 with the album ‘Posthuman’ on 3BY3, but it’s lineage can be traced right back to Kevin“K-Mart” Martin and the pair’s psychedelic industrial techno project, The Sidewinder, which was picked up by Mille Plateaux in 1996. The studio pet-name would later become his surly alter-ego, as Broadrick explained to Resident Advisor in a 2012 interview: “Any remix I would do which had beats that were hard and involved any form of noise or sense of foreboding or threat, I would use the JK Flesh moniker. JK Flesh is the angry, hateful, disenchanted side of what I do with electronic beat-driven, bass-driven music. It’s got a lot more to boot.” And it does. There’s been the stinging ‘Worship Is The Cleansing Of The Imagination’ since, a split with Dominick Fernow as Prurient, and this year’s ‘Suicide Estate’ EP on Fernow’s own Hospital Productions. Now Electric Deluxe has the honour of bringing the next unrelenting JK Flesh album kicking and screaming into the world. Batten down the hatches and prepare for a perilous ride.