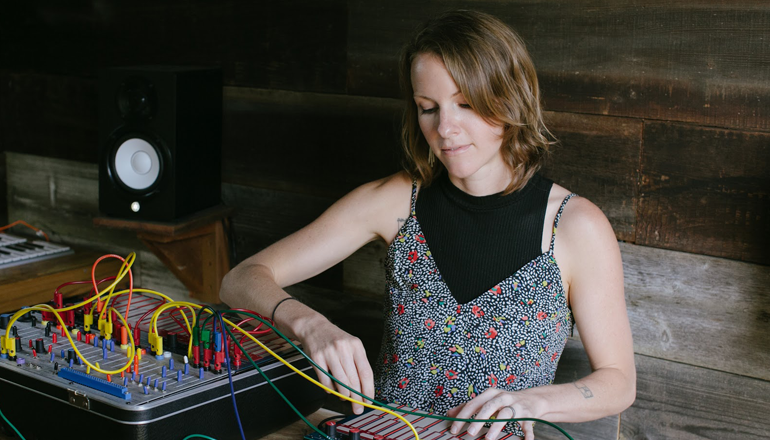 Kaitlyn Aurelia Smith attended Berklee College of Music, where she studied composition and sound engineering, initially focusing on her voice as her primary instrument, before switching to classical guitar and piano. She employed many of the skills she refined in college in her indie-folk band Ever Isles, but a fateful encounter with a neighbour who lent her a Buchla 100 synthesizer, had a profound effect on her. She started experimenting with modular synthesis. Mesmerized by the Buchla’s potential, she explains “I got so distracted and enamoured with the process of making sounds with it that I abandoned the next Ever Isles album.” Starting with rhythmic patterns and melodic pulses, she soon began sculpting lush and exciting worlds of sound. After a full length album released in April 2016, she will release a cooperative record with Suzanne Ciani on RVNG this fall.