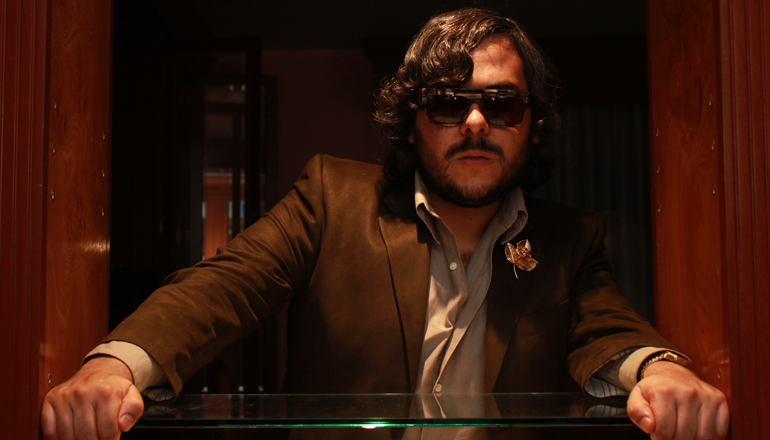 Born and raised in Xalapa, Mexico, but now living in Paris, he has travelled considerable distances—literally and metaphorically—to find his groove in life and music. Rebolledo started Djing in 2002 and became quickly one of the residents of the legendary club “La Santanera", at the Mexican caribbean where he developed his very own style not sticking to a genre in particular, always having some kind of hypnotic motion feeling in it and a futuristic Disco touch: somewhere between krautrock and Italo disco. By having ideas for the dance floor that could not be done with the music he would find available, he started to create his own music. Encouraged and supported by Matias Aguayo, who got him involved in Cómeme, Rebolledo would release all his early material, from the iconic first EPs that helped define the label´s sound to his highly acclaimed first solo album SUPER VATO in 2011. In 2010 he joined forces with Superpitcher to create their project Pachanga Boys, then creating their own label Hippie Dance to have full creative freedom releasing some cult EPs. In 2016 he´s back with his second solo album MONDO ALTERADO which even before being released had already a couple of underground hits.