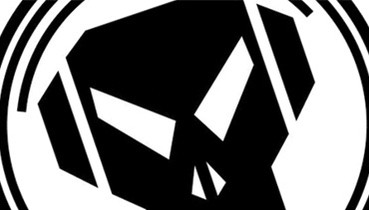 Never before has the jungle legacy of the 90's been as prevalent as it has been in the last few years. The abundance of digital production techniques and the plastic sound that goes along with it has led to a number of producers re-evaluating their past and therefore experimenting with a contemporary contextualisation of that very specific sound. The ideas and values of that era are slowly but surely being eradicated by event capitalism and should ideally be preserved in an adequate manner.

The floor will be opened by doze, two young artists from Graz, who strive to escape the capitalist exploitation of the EDM industry by flying the flag of UK bass, free jazz, hip hop and jungle and mixing these styles in a highly unique way. In other words, they fuck shit up and have a party while doing so.

Tessela, one of the exciting newcomers emerging from the Bristol UK bass scene that is busting at the seams, will follow with a set that orientates itself along the lines of dubstep and UK garage. With past releases on Punch Drunk and All City, the UK-based artist is currently toying with breakbeat techno rooted in hardcore and jungle which has led to him finding a new home on R&S.

Charlie Fieber aka Fracture runs the Astrophonica label and is a highly active forerunner of the drum & bass scene along with his partner Neptune. Trying to re-inject the groove that made the scene what it is in the first place, Fracture combines jungle with footwork and experiments with half and double time. Fieber seamlessly piles on to the golden era of Exit Records with his recent releases on the label run by D-Bridge.

Metalheadz is the key word for Jim Baker aka Source Direct who was instrumental in shaping the sci-fi sound of the entire breakbeat generation from 1995 onwards with the help of his former partner Phil Aslett. After a near 10-year hiatus, Baker has returned to duty as a DJ and producer. His sets trace back the evolution of jungle and hardcore, potential lapses in memory are stuffed with amen breaks.


What Prague is to Grime (and has been for quite some time), Budapest is for drum & bass. It is a fortress for British music culture in the heart of Europe. As a result, it is only fitting that the evening be closed out by Mentalien aka Gergo Farkas from Budapest's own Bladerunnaz collective. He is one of the few DJs that is equally comfortable with drum & bass as he is with 2-step and UK garage.