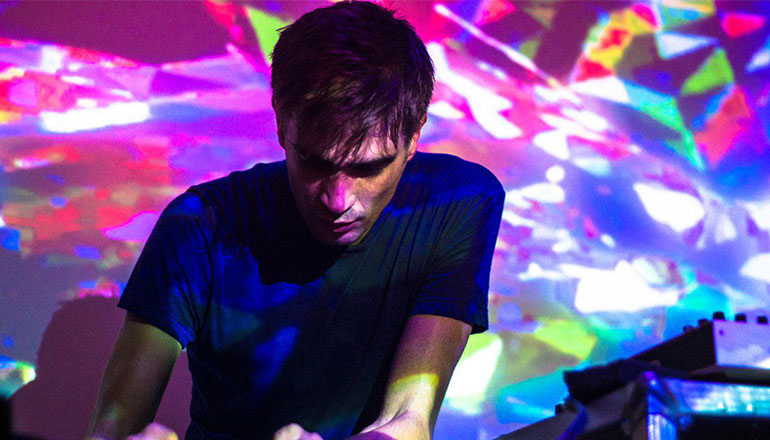 In fact, it seems somewhat inappropriate to talk about a “man” when it comes to Jon Hopkins; somewhat inconceivable that all that ingenuity could be contained in just one human body. Yet when you think about it, only a truly human spirit can deliver such intricate sensitivity through music and sounds. Fortunately, you don’t need to fully understand the complexities of this elusive artist in order to appreciate the work and aura that he will bring to Elevate 2017.
Until now, Jon Hopkins has been an elusive character, known to most as an expert producer, Ivor Novello-nominated composer of film scores, remixer and long term collaborator of Brian Eno and Coldplay. Yet as Hopkins freely admits, the fact that his solo albums to date (Opalescent, 2001; Contact Note, 2004; Insides, 2009) have been rather overshadowed by his work with others has meant that he’s been able to quietly develop his own identity, style and sound. Some of the ideas for Immunity have been in his mind for a long time, but there’s never been a rush to get them out there. It’s part of his mission to make music that feels as natural and unforced as possible.