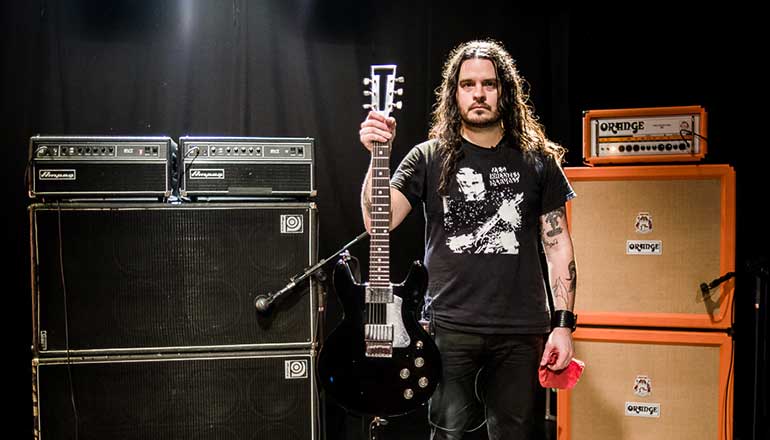 "Insofar they may expand on the O))) principles albeit perhaps a more sculptural and angular direction; the extended solid and geometric aspects of the guitar and amplifiers, sound pressure, volume and temporal structure as ambiguous and solitary form."

Stephen O’Malley (b. 1974) was born in New Hampshire, USA and raised in Seattle. He eventually spent a decade in New York and presently is based in Paris.

As a composer and musician he has been involved in hundreds of concerts and performances around the world over since 1993.

Within Gisèle Vienne plays, he has created the music for Kindertotenlieder (2006), This is How You Will Disappear (2010) and LAST SPRING: A Prequel (2011) and The Pyre (2013) in collaboration with Peter Rehberg (with whom he founded the band KTL) and also for Eternelle Idole (2009).
O’Malley has also worked together with film makers and visual artists in gallery installation work, notably with the American sculptor, Banks Violette on several pieces between 2005-2008.

More information about his work is available at: http://www.ideologic.org/