The journey of the refugees from the war zones to Europe.
The historical diachrony of the refugee passes through the “Small Rooms of shame” of the Balkan Route.
–
Ιn this spatial point called Idomeni, in this geographical extremity of the world, in this muddy dwelling of souls, people who wandered alone, continuously changing places, looking for salvation in a world that seems to have no place left for anybody else, arrived. Unprotected helpless people, victims of their own fate, people thrown in the inwards of mud, torn into bits and pieces while the professional saviors after having penetrated through unguarded cracks in their inner selves, trampled each one of the broken parts of their dignity.

These people arrived here mourning for their dead, for their countries, for their lives, since only the body can travel, as the soul is eternally stuck on the beloved ones. The only clear water they were drinking was nothing else but their tears. Unprotected wanderers from all those who stole from the workshop of the craftsman of History the word ‘Interest’ and smuggled bodies, souls and hopes mutilating the already wounded honor of Mankind.

Smugglers, foreign and national protectors, merchants, professional saviors impaired the already smitten, bruised and weakened ‘Togetherness’. In these inhumane conditions the Micro history of the refugees who dwelled in Idomeni was converted into a black page in the main corpus of History. 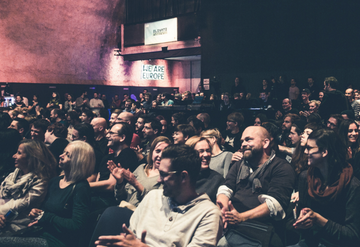