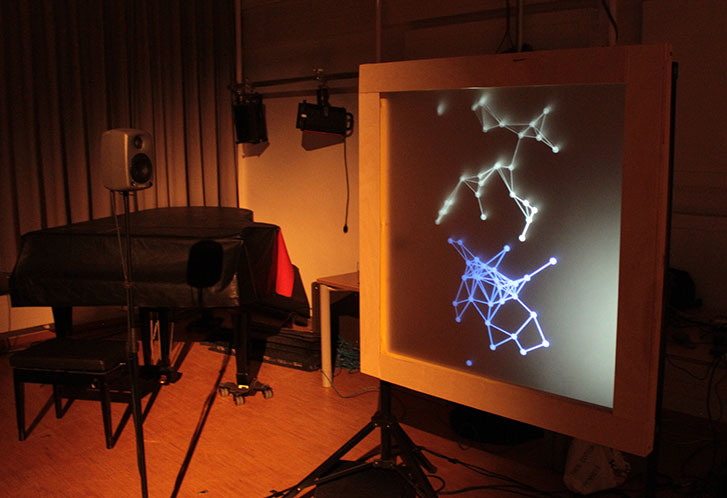 This interactive installation picks up the main idea of Enrique Tomás ́ Tangible Scores. In that piece performers gesturally interact with a musical score that also represents the instrument. Based on this thought an intuitive interface framework was developed. In this framework notation and instruments merge to audiovisual score objects, such as geometrical shapes or fractals appearing on a multi-touch screen that performers can interact with. Thus, the participatory aspect of the concept of interactive graphical scores is investigated by combining the art forms installation and performed piece.

Benjamin Stahl (*1992) is a Graz-based audio engineer working on audio signal processing algorithms and human computer interaction. Since June 2018 he has been working as a project assistant and PhD fellow at the Institute of Electronic Music and Acoustics in Graz. He has worked under the supervision of David Worrall in a sonification project during an internship at Fraunhofer IIS in 2014. Furthermore, he conducted scientific research on human computer interaction topics including several publications in conferences and journals. He regularly undertakes projects related to electronic music, such as the implementation of audio processing and synthesis algorithms or the development of interfaces.

Paul Wolff (*1990) is a composer working in the field of electroacoustic music, working with concrete and synthetically generated sounds. He is studying a master ́s degree in computer music at the Institute of Electronic Music and Acoustics in Graz. Alongside he is completing a master ́s program in sound design, a cooperation between the Fachhochschule Joanneum Graz and the University of Music and Performing Arts Graz. In the past years he composed several fixed media pieces for stereo, 8-channel and ambisonic systems, pieces for live electronics as well as installations with a focus on interaction and/or audiovisual contexts. One of his latest compositions, 1500 for the IKO - an omnidirectional loudspeaker, was presented at the ICSA (Mumuth, Graz) and the inSonic festival (ZKM, Karlsruhe). 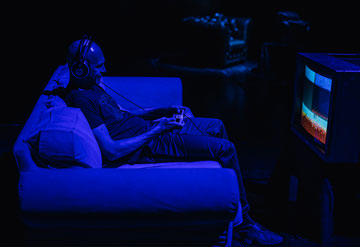 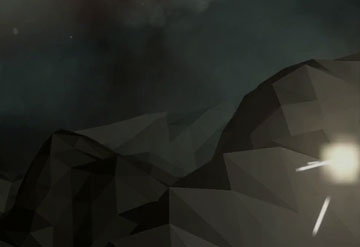