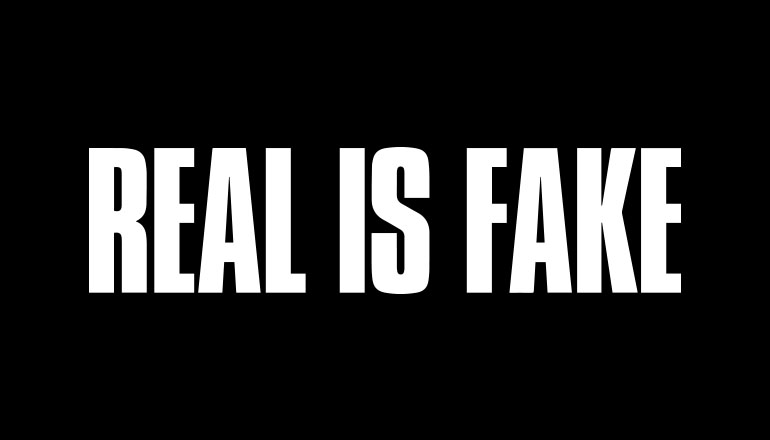 Berit Gwendolyn Gilma, curator, on the Elevate Arts programme 2019: DIGITAL TRUTH – About truth in art and artificiality in truth between renaissance and the internet. An essayistic curatorial text.

As algorithms and artificial intelligence infiltrate our world, do they provoke a new understanding of truth in the digital age? Is truth a shapeshifter of our time, a hologram of reality or a liquid mutation rather than solid fact?

Since the dawn of philosophy, truth has been a fundamental theme in human history. Ever since our vocabulary has expanded through terms such as truth-tellers, post-truth, alternative facts and fake-news, it has not just been the media that seems to devote itself more and more to the question of truth - the truth also changed its shape. And in relation to that, one should say: truth and the arts are inevitably linked. When that, what has been generally acknowledged as truth changes, so does art.

Truth is the daughter of time - a popular allegory in which time liberates truth. It originates from the nib of the Roman writer Aulus Gellius and was well received in 17th century art. (1)

Veritas, the goddess of truth in Roman mythology, portrayed as a young, naked woman, is saved from her winged father Time. As she emerges from the profound gloom of the cave in which she was born, the personifications of Envy and Stupidity attempt in vain to hold her back in order to prevent Truth’s victory from being free. Hypocrisy, traditionally an old woman with a mask, is depicted vanquished at Time’s feet.

Lie is the daughter of artificial intelligence. May I introduce the term artificial stupidity. According to the artist Hito Steyerl, it is the stupidity of people who, due to the invisibility of algorithms, do not recognize the power and dangers they bring with them. (2) They originate in the AI laboratory we are currently in and whose effects are still unclear. A critical look beyond the first spectacle is worthwhile: smart homes surveil us, bots create targeted falsehoods that influence voters decisions. And further: where fake-news causes chaos, the truth dies in deepfakes. These are image processing machines trained by neural networks that mask one's face onto another person, creating an event that never occurred in reality. This automated image synthesis technique, which is based on artificial intelligence and is mostly used for videos, is used, for example, for controversial political statements. The amazingly real videos become a tool of lies. (2) These examples are AI’s dark shadow: they manipulate, confuse and lie - with real effects. We find ourselves in the echo chamber of our own artificial stupidity. Whether in politics or art - it seems we need to redefine the notion of truth in times of AI, the digital image and the internet.

Digital reality is changing the construction of society and the perception of the world: from Facebook to Google Maps. Truth also has worked its way up to place names: If you look for the truth on Google Maps you will find a place in New Mexico called Truth and Consequences (short T & C).

Life in the digital age further contributes to our complex relationship with truth: digital images transform truth itself - they are themselves synthetic images. (Art)historically, René Magritte already 1929 recognized the treacherous image. He commented "Ceci n'est pas une pipe" - a pipe that is not a pipe. He broke the fourth wall of thought, speaking in a pictorially - scientific sense, we reconstruct today with technological progress: virtual 3D images or immersive parallel realities in which we can live out our adventurous second self. In contemporary digital art, for example, artist Jon Rafman's video project Kool Aid Man in Second Life (2010) explores erotic fantasies with dragons as a Kool-Aid-Man avatar in the popular online game Second Life. (3)

The illusion has always been a beautiful place to cognitively withdraw to, self-deception as a method of escapism, and ultimately magic being the realm of the allegedly inexplicable. In the 19th century, image blur or visual noise became an indication of paranormal activities and evidence of apparitions from the afterlife. In the Spiritist movement, it was so-called ghost photography that blurred the line between truth and lies. Because where there is only a hint of visual nothing, there is cognitive space for interpretation. Vagueness in images is still used as a symbol of the search for truth: as a graphic element in many of the CIA's advertising appearances, accompanied by the motto "Discover the Truth".

One could argue that politics under the world global power of the USA play similarly with the blur of facts: In information noise, it is a challenge for us recipients to separate the truth (#truth) from a lie (#fake). Especially when emotionally charged lies spread through the internet like digital wildfire and social media channels, especially Twitter, become influential political agents. (see Liquid Truth). In fact, the United States presidential campaign of 2016 was the turning point that ushered in the post-truth era. By the end of 2016, the Oxford Dictionary declared the word "post-truth" as the word of the year, rendering visible the dilemma of truth: lost in post-factional noise. And where a truth vacuum arises, the lie thrives.

To return to the previous allegory of timeless relevance, today's truth fights against Envy, Stupidity and Hypocrisy once again. But Hypocrisy is no longer the old woman with a mask - she now has a broad digital presence and multiple masks. She is far from defeated. So, what is the future of truth and where do we go from here?

In Roman mythology, it is time that reveals the truth - but other entities in society also play a significant role. In recent history, the act of uncovering political secrets, known as whistleblowing, is the latest turning point in calling for more government transparency. Uncovered secrets and their visual artifacts become witnesses to the truth that is being picked up by the art world. Today's interdisciplinary artist takes on a number of roles: as a detective, activist and journalist, they render relevant evidence to the public. The relevance they have is only freely commented on by the arts. This zeitgeist even formed own artistic movement called "investigative art" or " evidentiary realism" and each case possesses an enlightening character. From Mark Lombardi to Trevor Paglen to Ai Weiwei: It's artists who pry the truth out of the world. The price and influence of their work can be valued through the consequences that follow: The FBI has been interested in Lombardi's work for many years, looking for explanations of 9/11 in his meticulously drawn sociograms.

On the other hand, Paglen, with the help of photography, hunts visual artifacts of secrets. Although secret, they own a physical presence too. He captures them when they enter our visible world. This way, he uncovers the existences of secret military bases or spy satellites.

Ai Weiwei, a Chinese dissident, was arrested in 2011 for his art that criticized the Chinese government and was detained in a secret jail for 81 days. Thus, art, its effect on social circumstances, and the truth are inevitably linked.

Our relationship to truth is complicated. Truth can be a naked woman or a place in Google Maps. Truth is where light and darkness are equal. Omnipresent but at the same time hidden between the atoms and pixels of our world. We need to train our intellect and our eye to see the truth in spite of darkness and illuminate the lie. In addition to time and other agents, art can help to identify the essence of truth. Although the Greek philosopher Plato declared that the artist is far removed from the truth, this seems contrary to today's understanding of activist art as a flourishing force for political and social change. Whether the truth presents itself as painted, pixelated, blurred, fluid, concrete or ultimate - Oscar Wilde already knew: "Truth is rarely pure and never simple."

We Are Europe: Elevate @ TodaysArt Festival