Over the last decade, the Elevate Festival has welcomed a plethora of national and international artists into its home. Over 500 artists hailing from the wide-ranging vanguard of club culture have graced the festival with their offerings and this year's anniversary edition is no different. The idea is to accurately portray the status quo of the ongoing discourse in the world of electronic music and the experimental realms associated with it. As the borders between underground and mainstream become increasingly brittle, the once rebellious neo avant-garde of club culture threatens to dissolve into trivialized event capitalism and a riotous world struggles to find solace in the throbbing escapism of a 4/4 beat – Elevate safeguards its credo of constant change and progression.

Rather than expanding in size and ticket sales, the festival conglomerates its content into four days of straightforward and remarkable choices which primarily underline quality. Instead of drowning out the anonymous masses in sound, the music and discourse portions of the festival offer an intimate and accessible playground for experimentation, curiosity, drive and hands-on commitment. Mindless consumerism is avoided by providing engaging confrontations and discussions.

As in the preceding instalments, the Schlossberg and its alien-looking innards provide the main hub for the festivities. The venues remain limitedly accessible and its rather small capacity only helps amplify the intimacy and tension which is created every year and keeps the organizing team on its toes. Every year poses the same, but always new, questions; what needs to be pushed and exposed? Where is something genuinely original going on? How does one connect outrageously remarkable acts from abroad with the local scene? And what exactly does ecstasy and boundless enjoyment have to do with resistance and serious discussion?

The Elevate curators remain amateurs on their trail-blazing voyage through the fizzing and blinding fringes of disco, experimentation and discourse that they undertake year after year. “Beginners for life” is the origin of their work process every time they attempt to reinvent themselves out of the fragments of an ever-evolving world.

This year's line-up boasts guest curators, maiden voyages, new tendencies and, of course, local acts.
Kode 9, aka Steve Goodman, will be reprising his role as guest curator (after the “5 years of Hyperdub” extravaganza back in '09). He has hand-picked several DJs and live acts from his ground breaking Hyperdub label as well as special guest Mala (DMZ). The styrian noise/rock/experimental label Rock Is Hell will also be celebrating its 10th birthday and what better way to do that than by inviting everyone's favourite party guests Fuckhead to join the fun. Rock Is Hell colleagues Broken.Heart.Collector from Austria, as well as Shit and Shine and Lichens from the United States will surely make this an anniversary to remember.

Motor City Drum Ensemble and Melvin Oliphant III, better known as Traxx, will demonstrate how relevant DJ sets actually are by taking their audience on a journey through vintage disco and house.
And what would good art be without its pioneers? We have an answer for that question in the form of Aux88, the multi-instrumentalist and composer Rhys Chatham, Finland's noise-flagship and one half of Pan Sonic Mika Vainio and jungle/drum 'n' bass legend Source Direct.
Elektro Guzzi from Vienna will open up a string of album releases featured at this year's festival, when they present their newest effort Observatory on the first night. Vessel's sophomore solo album Punish, Honey will also meet listener's ears, as will Sarah Lipstate aka Noveller's latest work alongside new stuff from Torn Hawk and Gooly G.

hoergeREDE, Elevate's partner festival of five years, is debuting a new venue this year: the Stallbastei, which is located in the middle of the Schlossberg. In conjunction with the Uhrturmkasematte, this year's festival epicentre lies over the roofs of Graz. Multi-discipline performances including, but not limited to, spoken beats by Ursula Rucker, Kate Tempest and Jurczok 1001 will accompany multimedia video installations with featured works from the field of video poetry. On top of that, new texts and sound art by Anna Kim, Pia Palme, Raoul Schrott and many more.

To guarantee that the featured artists have a chance to interact with their audience and vice versa, solidifying the provided content and implanting relevant information into the local scene for future sustainability, the Elevate Lab once again offers the opportunity to do just that in form of the Music Talks. Here, the audience is invited onto an open field of opportunity, to dabble in eclectic playfulness in an uncompromising, non-judgemental area where their playful creativity can blossom. Contrary to the previous talks, this year's sessions will be held on the ground floor of the Forum Stadtpark where the tagline Creative Response/Ability strives to bridge the gap between the two pillars of the festival. 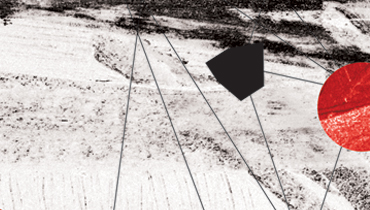 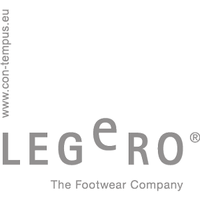 "The Elevate Festival for contemporary music, art and political discourse distinguishes itself through its far-reaching commitment that continues to shed light onto new and surprising perspectives.

In my professional life, I am continuously confronted with the potential to enter new spaces, to step into the unknown, and I am reminded daily of how important it is for a society to invest in contemporary art." Stefan Stolitzka

In Central Europe, contemporary art and its communication has undergone decades of dynamic development, which is internationally recognized and a regionally important basis for a high quality of life. Stefan Stolitzka, owner of the shoe factory Legero, has been supporting contemporary art in Austria and abroad for years, and has established the platform www.con-tempus.eu in 2011. The aim of this platform is not only to preserve the diversity and high quality of contemporary art for the future, but to ensure its continued development.