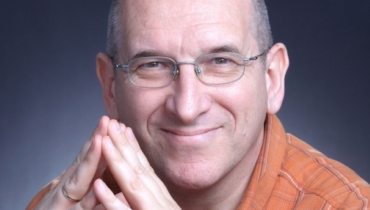 Michel Bauwens, director of the P2P Foundation outlines an ideal structure for a commons economy in Saturday's morning workshop.

Michel Bauwens, director of the P2P Foundation, starts the workshop by quoting anthropologist Alan Page Fiske. Fiske describes four basic ways of interacting around resources. The first is the gift economy, which is based around equality matching. The second is authority ranking, where what you get is relative to your rank. The third is market pricing, the dominant model in capitalist society. But the fourth is what interests us: communal shareholding, where an individual exchanges, not with another individual, but with a collective. This is the commons.

Because of the networks that we're building, the internet, Michel says that we're putting the commons at the heart of our economy. This new way of creating value is profoundly different to the usual capitalism. Firstly, it's not labour, it's contributions. Secondly, you're not creating capital, you're creating a commons.

This, however, is Michel's ideal, not the reality.

The reality is that, rather than cooperatives, the value of the commons is predominantly extracted by “for profit” companies. Facebook is Michel's most extreme example of this. The value of the company comes almost entirely from volunteers: its users. But Facebook extracts 100% of the value. Hypothetically, if Facebook had been happy with “only” $5bn, they could pay 100,000 people $200,000 a year – an extraordinary thought.

The problem with this current economic model is that most of the value created is not put back into the commons. This is what Michel calls the “value crisis”. Thanks to advances in technology, more and more people are able to create use value, but, of that use value, only a marginal amount is being put on the market and, overwhelmingly, that marginal amount is captured by platforms such as Google, Facebook or Twitter.

“The feedback loop between creation of value and distribution of value is not working,” Michel says. And this is what the P2P Foundation is all about, observing these processes and asking the question: How do we transition to a system where we have a thriving economy based around shared resources?

Michel Bauwens is the founder of the P2P Foundation, a Foundation for Peer-to-Peer Alternatives, and works in collaboration with an international group of researchers on the exploration of peer production, peer governance, and peer property.