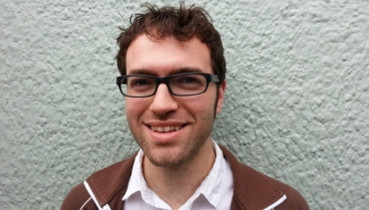 Micah Lee is the chief technology officer and a board member of Freedom of the Press Foundation, and the author of Encryption Works. He will participate in the Opening Show as well as in the discourse programme on the following days.

Climate change. Drone warfare and the failing 'war on terror'. Dragnet surveillance. We don't have open source crypto tools that are usable by the masses and turned on by default yet. Computers are too easy to hack, which makes it nearly impossible for individuals to protect themselves against governments with well-funded hacking teams. Spies and militaries aren't accountable for their actions.

ELEVATE: Which strategies do you consider most promising for confronting the exploitative economic and political power of the elites, and for creating a brighter future for all?

Encrypt all the things! We should also get better at using the power of the internet to force democracy on governments.

ELEVATE: What projects, initiatives and people inspire and motivate you?

ELEVATE: What do you recommend to people who want to be more proactive?
How can they participate in a meaningful way?

If you are techie, contribute to open source projects. Start using free software operating systems and become active in free software communities. Teach people whenever they want to learn. Write lots of blog posts and spread more of the good things you see happening on the internet and in the world. Do real research: learn how to spot conspiracy theories and regard them with skepticism, and don't spread pseudoscience or baseless rumors about hacking and security.

ELEVATE: What will the world look like in 2030, 2050 and 2100? Are you an optimist or a pessimist? Which gloomy scenarios could become reality if we follow a business-as-usual approach? And which positive developments can you imagine if more people take part in a positive transformation of our societies?

If things turn out well, in the future when you call someone on the phone (or video phone, or holo-phone) the connection will be end-to-end encryption by default. Law enforcement and spy agencies will only be technical able to target criminals they're investigating, and not everyone. We'll make better use of technology and stop relying on fossil fuels, and we'll avert horrible disasters caused by climate change. The internet will be used to foster creativity and innovation, and the poorest people in the world will have equal access to the same resources as the richest. It will break down barriers, and new international projects will form for the betterment of all of us.

But if they go badly, the internet will be heavily policed and surveilled, and become a tool of global oppression. Centralized services, where no one has privacy and content is censored, will be the way that everyone but the hacker minority will communicate. Psuedoscience will continue to go viral and the world will endure disaster after distaster as climate change wreaks havoc.

There are a lot of ways things could turn out, and it all depends on what we do now.

ELEVATE: What are your hopes and wishes for the Elevate Festival on its 10th anniversary?

In addition to meeting the Elevate community, listening to amazing new music, and seeing Austria for the first time, I hope share my expertise with people and learn as much as I can!

Micah Lee will take part in the following events:
Elevate Opening Show on Thursday
Elevate Media and Technology on Friday
Reality is the Next Big Thing on Saturday
Elevate Security Sunday on Sunday