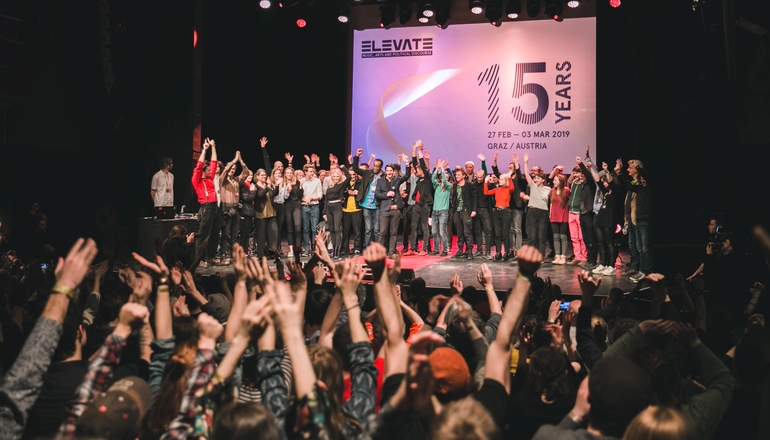 The 15th anniversary edition of the Elevate Festival is dedicated - in times of felt facts and new myths - to the key concept of today's knowledge society: "TRUTH" - and its many (un)secret siblings.

One focus of the discourse programme is on activists who are committed to important socio-political issues in the spotlight of the public. During the Elevate opening, some of them will talk about their activities and offer a foretaste of the events of the coming days.

The star guest of this year's festival is Pamela Anderson, actress and model with a very high degree of popularity. Some know it, but for many it is new: Pamela Anderson, known for years as an animal rights activist, has also been active in other areas as an activist for a long time and has thus attracted a great deal of attention. Nnimmo Bassey from Nigeria, winner of the Alternative Nobel Prize "Right Livelihood Award", has been campaigning for environmental protection and climate justice for decades and will speak about developments in recent years: Is it still possible to avert the climate crisis? The Croatian philosopher Srecko Horvat of the Diem25 is very active in European politics and will look at the topic of "Truth" from a philosophical perspective. The Austrian President Alexander Van der Bellen will send a video message to Elevate. And the global climate strike movement, in which hundreds of thousands of students took to the streets in the last few weeks, is represented by the founders of Fridays for Future Graz.

In addition to the presentation of the new Elevate magazine, there will also be an (interactive) preview of the of the Elevate Arts art programme. In any case, the two-hour opening of the 15th Elevate Festival will be as exciting as it is stimulating with sound and music performances by Robin Fox (UK), Bendik Giske (NO) and Stine Janvin (NO). C.O.R.N.! from Graz will bring some musical flow to the show.

Parts of this event is part of Re-Imagine Europe.

Parts of the programme presented as part of We Are Europe.