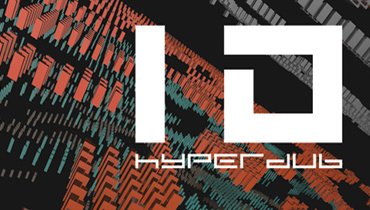 Hyperdub 10 - The Power of Bass

Steve Goodman, better known as Kode9, will take his second stab at curating his very own stage, as 10 years of Hyperdub cosmically align with 10 years of Elevate.

A sizzling kick drum, snares tumbling in frazzled triplets, a flat, dotted hi-hat pushing the beat ever forward. This is “Position”, a singular, reverberating vowel. The eponymous track penned by London-based Sara Abdel-Hamid aka Ikonika, is a song that settles in somewhere between techno and bass music and is easily one of the more iconic Hyperdub tracks in existence due to it's intricate execution. It was Goodman's intention back in 2004 during Hyperdub's inception to not only capture the Zeitgeist but also to help shape it. In a time when the 4/4-clad techno kick drums in all their minimal variations were slowly making way for heavy wobble bass in the global club scene, Kode9 and his ally MC Spaceape were at the forefront of the virtually box-fresh genre of dubstep, which was arguably one of the last big revolutions in club music. Mark Lawrence aka Mala, who wasn't part of the Hyperdub roster at the time, is frequently regarded as another one of dubstep's pioneers of that era.

The ever-changing organism that is dubstep - with its toe-tapping style, the way it merged dotted bass patterns with r'n'b, hip hop and pop, the evolution into grime, the rediscovery and reinterpretation of juke and footwork with its minute syncopation and side-steps – was a constant in Hyperdub's evolution which helped them stay relevant and genre-defining. Be it through releases by Zomby, Darkstar, Hyperdub radio show host Scratcha DVA, the consummate sound designer Burial or Chicago juke veterans DJ Rashad and Spinn in the following years.

As of today, the Hyperdub camp is still bustling: Laurel Halo is fusing claustrophobic sci-fi worlds with drone and techno, Jessy Lanza has most recently proved his affinity to restrained r'n'b forms, Fatima Al-Qadiri is working on concept art which deals with stereotypes of foreign cultures constructed by the western world and the CD compilation in celebration of the label's tenth birthday will be released this year, under the catalogue numbers 10.1 through 10.4. Meaning the collection has to be split four ways in order to cover the vast visionary pallet that this artist family comprises. This vision will become a reality on the dance floor when Ikonika, Cooly G, Scratcha DVA, special guest Mala, and Kode9 himself take the stage at the Dom Im Berg this year.

Cooly G will be packing her second record entitled Wait 'Til Night which drops just days before the festival and boasts sensual bass music mixed with her own r'n'b vocal and a dose of synth pop. Further vocal appearances over the course of the evening are highly likely. The whole event will be bookended by Feloneezy & Jackie Dagger, a DJ team from Belgrade that keeps the juke legacy of recently deceased DJ Rashad alive through their work as Music Stylez and and the Teklife DJ crew, thus providing a strong bond to Hyperdub.