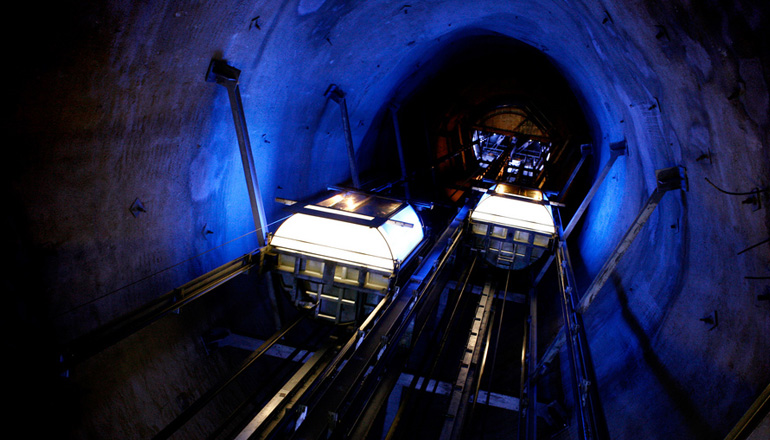 For the ninth consecutive year, the Elevate festival for music, art and political discourse will take place in Graz from the 23rd – 27th October 2013. Aside from unveiling the very first details of this year’s line-up, Elevate also presents the new “Elevate Supporter” campaign which gives festival goers the opportunity to support the festival while providing an advanced festival experience.

The publication of tax haven files by the Offshore Leaks project, explosive WikiLeaks cables and the massive eavesdropping on innocent citizens clearly show the ambivalence of the technology we use today: transparency of financial and power structures as well as new possibilities of democratic participation on one hand, total surveillance and the elimination of the human right to privacy on the other.

Ambivalence also applies to Open Materials, 3D printers and Open Hardware construction plans for material production. Small parts and machines of all kinds (including weapons) can be produced by anyone with technical skills.

“Open” is therefore not a value per se. It is rather the question of “publicity” and “privacy”, which has to be addressed against the background of new technology - on a personal level as well as in the context of social policy. The Elevate Festival will address this fundamental question with an emphasis on self empowerment and participation.

Within the intimate atmosphere of the Schlossberg’s caverns and tunnels, Elevate presents another instalment of diverse yet congeneric electronic music.

The British musician extraordinaire (and Brian Eno collaborator) Jon Hopkins will be presenting his new AV live show as well as his new album Immunity at Dom Im Berg.

Taiwanese artist Alex Zhang Hungtai aka Dirty Beaches will be performing alongside Powell and Blood Music from London’s Diagonal Records during what promises to be a No Wave, experimental Noise Pop and Industrial Techno - themed evening at the Dungeon.

Founding member and innovator of House music and producer of the all-time classic French Kiss, Lil Louis (US) will embark on his first-ever Austrian show. Louis has written international music history being active as a DJ and producer since 1974 and this year will see the premiere of his self-produced documentary The House That Chicago Built.

Fans of the Dark Ambient / Metal realm can look forward to JR Robinson’s Wrekmeister Harmonies. Together with guest musicians Alex Hacke (Einstürzende Neubauten) and Chris Brokaw (Codeine) he will be presenting his album You've Always Meant So Much to Me, which recently dropped on Thrill Jockey.

The New York Techno/House label L.I.E.S. (Long Island Electrical Systems) Records will be gracing us with an exclusive showcase which will feature both live and DJ sets by label founder Ron Morelli (US), Xosar (NL) and Delroy Edwards (US).

Sub Pop’s latest addition, clipping. (US) are going to demonstrate their blend of harsh, experimental Hip-Hop and Noise.

“100% live, no cheats, no edits, just the plain truth” is the guiding principle of Move D and Juju & Jordash’s collaboration Magic Mountain High, which will also be performing at this year’s instalment.

Vienna’s own Dorian Concept will be taking on the role of annual guest curator, allowing insight into his work and creative environment.

More confirmed acts as well as further details on the Literature and Lab (workshop) programme will be released in the weeks to come.

For a number of years now, Elevate has been offering an extensive and advanced discourse and music programme - a large portion of which is free of charge.

As an organization that operates on a non-profit level, Elevate not only depends on funding and sponsors but also on the participation of the festival’s attendees.

We would like to offer additional support possibilities for those who have the means to do so. Become an Elevate supporter and help us maintain the high level of quality that Elevate is known for!

Further details are available at http://support.elevate.at