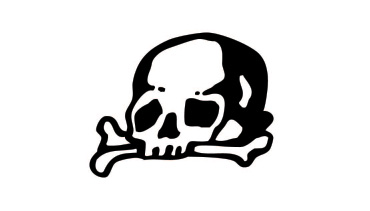 A record label on a mission. A record label that has won the affection of many a music lover through its relentlessly radical approach to music, artwork, release strategies and general artistic debauchery. A business model that founder and former professional cyclist Jochen Summer has stuck to for the last ten years.

The fact that half of the star-studded line up in this year's Dungeon calls Rock Is Hell their home, is no coincidence. The lavishly celebrated tenth birthday of Rock Is Hell will bring an evening of inimitable noise to Elevate, by way of a personally curated stage (presented by Radio Helsinki) on Friday night.

The evening will kick off with a DJ set by the chiptune ninja and Elevate regular Shigeru “SCOTCH EGG” Ishihara, who some might know from his bass duty with shoegaze-pioneers SEEFEEL. The first live set will be introduced by [[[Altar:Thron]]], who are known for their epic musical dramas, peppered with a healthy amount of self-deprication, pathos and, of course, drone. Robert Aiki Aubrey Lowe aka LICHENS will surely provide remedies for any harm that his predecessors might have caused. LICHENS' vast harmonic landscapes of analog synths and vocals fits right in to the course of events on Friday and his set will make way for the incomparable Broken.Heart.Collector who will take their tranquillized audience on an emotional tour de force that would bring a tear to the eye of even the most jaded music nerd. And lord knows, there are enough of those out there.

How could something like that even be upstaged, you ask? Shit And Shine is the answer. This noise powerhouse just might cause injuries with their wall of post-psychedelic brutality which is never short on costumes, repetitive grooves from the bowels of hell and general hokum. This whole evening has taken many an unpredictable turn at this point, and the next band is no different. FUCKHEAD, the veterans of destructive performance and body-art will once again toss the rule book out the window and delve into their area of expertise which, as anybody who has witnessed one of their performances before can confirm, can involve just about any object, organic or inanimate, available to them at that particular point in time. Sledge hammers, meat hooks and party hats are by no means out of bounds.

Elevate is not liable for the sheer intensity of this evening and possible spillover effects caused therein.