For a number of years now, Elevate has been offering an extensive and advanced discourse and music program - a large portion of which is free of charge.
As an organization that operates on a non-profit level, Elevate not only depends on funding and sponsors but also on the participation of the festival’s attendees.
We would like to offer additional support possibilities for those who have the means to do so.

Become an Elevate Supporter and help us maintain the high level of quality that Elevate is known for!
Projects like the Elevate Mediachannel, the simultaneous translations which happen on site and via live stream, as well as the Elevate Lab workshops and Music Talks appreciate your support.

The issue of financing comes up year after year for the Elevate team. The right balance between public funding, sponsors and ticket sales is often hard to find.
Not to mention the preservation of credibility and contentual independence.

Fixed ticket prices (which will remain for the musical portion of the festival) set a flat rate for cost effectiveness which often contradicts all the different economic situations and the opportunity to measure things in financial terms.

Together with the donation boxes, the Elevate supporter packages are an attempt at letting the audience select the size of their donation. 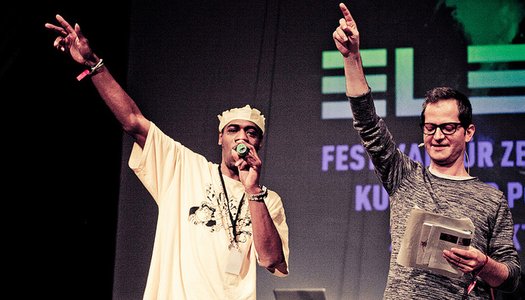