Against the backdrop of this year’s “Open Everything?” motto which will deal with the highly topical group of themes revolving around transparent society, surveillance, open democracy and open society, the music and arts segment of the festival will pose the question of strategies, approaches and positions in an ever-expanding sea of opportunity. The ongoing discourse in the world of electronic music and advanced pop music is to be accurately portrayed; free from prefabricated propositions and one-dimensional programme concepts. The common ground that all performing artists share is the unconditional and declared intention to immerse themselves in unconventional languages and expressions far removed from the mainstream, to take artistic risks and to dig deep instead of scratching the surface of things already in existence.

Well-established cult figures such as the “founding father of house” Lil’ Louis, Move D and Jon Hopkins will cross paths with trailblazers not yet discovered by the masses. Take Whitehouse frontman William Bennet’s new project Cut Hands for example, or Felix Kubin; the non-conformist from Hamburg, or newcomers like The Haxan Cloak, Margaret Chardiet aka Pharmakon from New York and Xosar from the Netherlands. Long-time Elevate associate Dorian Concept from Vienna will make the impossible possible by curating an entire evening, thus providing valuable insight into his universe of musical relationships. As if that weren’t enough, Ron Morelli’s house/techno label L.I.E.S. Records will also be hosting their own stage. Naturally, a fair portion of domestic talent will be on the bill too. To name a few: Quehenberger/Kern, Ogris Debris, Tumido, RItornell & Mimu and Hella Comet, who will be presenting their new record. The tone will be set by installations, scenery and visuals by OchoReSotto in cooperation with luX & orjo from Graz, as well as Hand mit Auge from Vienna.

As usual, this year’s hoergeREDE festival will be taking care of the discourse, contemporary literature, sound art and performance programme in cooperation with the Minoriten Cultural Centre and the Elevate Festival. This will take place in the early evenings before the music events at Dom Im Berg. Authors such as Ann Cotten, Phil Minton and FALKNER will be presenting multimedia text-sound pieces which have been planned out with musicians like bulbul, Electric Indigo and Dat Politics specifically for this festival. Interventions and lectures, panel discussions and concerts will add to the topical emphasis on the “macht² - light the power” theme. Over the course of four days, political poetry will meet avant-garde rock, spoken word and contemporary dance, video art and lyrics, guitars, drums and bass.

In the form of workshops and music talks, The Elevate Lab will do its part to immerse local participants in the content provided by hand-picked artists in an effort to send them off to make their own experimental, uncompromising and eclectic efforts in this sea of seemingly endless opportunity. 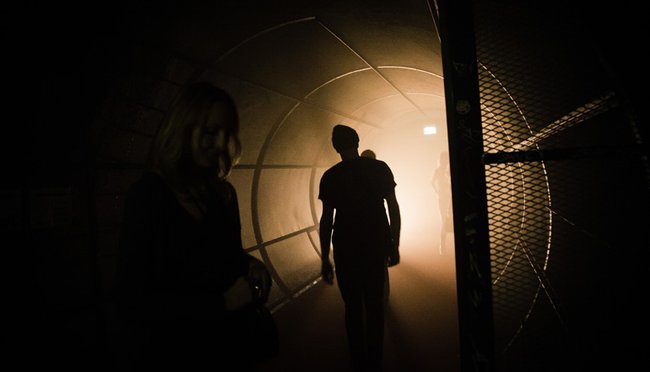