Offshore Leaks has released secret tax haven bank account details, WikiLeaks was responsible for the disclosure of politically explosive classified documents, while Edward Snowden exposed intelligence agencies and private businesses that were spying extensively on respectable citizens. These are all vivid examples of the ambivalence of new technologies. On the one hand they can ensure transparency of financial flows and power relations, as well as facilitate new forms of democracy, while on the other hand they can be exploited for total surveillance, which would bring an end to the human right to privacy. This ambivalence also applies to Open Hardware blueprints, Open Materials and 3D printing for material production, with the help of which components and machines of all kinds can be self-built – including weapons.

Free software was the beginning of the 'open movement'. The founder of the Free Software Foundation, Richard Stallman, realized early, that whoever has dominion over software can exercise control over the dissemination of information, and impede technical innovation; in short, gain enormous power. He therefore concluded that all software source-codes must be free and open to allow all people to adapt programs to specific needs, and to ensure quick detection of bugs and rapid interception of espionage operations. From this insight, the step to Open Hardware was not far. Blueprints for the construction of equipment and machinery are becoming freely accessible so that anyone could recreate them without too much effort. In the future, 3D-printing will probably become available for an increasing number of people, thus fostering resource-saving, need-oriented production.

The spectrum of Open-initiatives is growing steadily: OpenStreetMap is working on a free world map. Open Government Data allows comprehensive public scrutiny of governments. Open Democracy projects are working on ways to realise direct participation of the public in political decision-making. With the help of Open Media and Open Spectrum, information can be disseminated worldwide and in real time, independently of the established mass media. Open Science advocates for the disclosure of research processes and outcomes to promote scientific and technological innovation. Creative Commons licenses are being considered for seed, to allow people to feed themselves with self-determination - also in view of climate change and Peak Everything - through the preservation of crop diversity and the development of 'new' heirloom varieties - liberties that go against the interests of big business. All of these fields of the “Open” philosophy have one idea in common: that the wisdom of the many would lead to better results than those achieved by experts and governments. In addition, the new technologies also facilitate new forms of collaboration and co-creation beyond economic market and wage labor, which could be the beginning of a new economic system. Over and above, all of these developments challenge the foundations of existing power structures.

In contrast to all of this stands the fact that policy-making processes are increasingly closed to the public, and many of the key decisions are made in committees that are not democratically elected. Business and official secrecy prevents public scrutiny. At the same time, our private lives are increasingly under surveillance. For governments and corporations transparency means mass surveillance. Their own activities are supposed to be secret, while ours are intended to be monitored and recorded as accurately as possible, to facilitate control over the public and to turn our data into money. The same technologies, therefore, enable either self-empowerment, solidarity and democracy, or total control, exploitation and oppression. The Elevate Festival sets out to explore this ambiguous terrain of Openness, and investigates how society might be affected, should Open Everything become a reality. 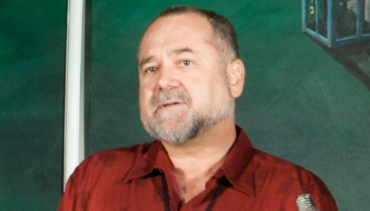 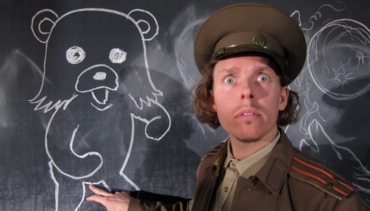