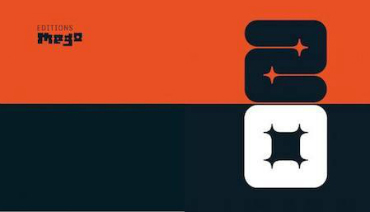 This year, the Vienna-based experimental label Editions Mego is celebrating 20 years of existence. Tokyo, London, Barcelona, Berlin and many other cities have put on showcases to celebrate the occasion, and it's only logical that Elevate follows suit. After all, dissident club culture is best celebrated in good company.

Euphoria was at an all-time high when the phenomenon called techno started making waves. Musicians were quick to switch out their guitars for synths and samplers in an effort to hunt for new sounds. Amidst the turmoil, Mego was born. Upon rising from the ashes of Mainframe, founders Andreas Pieper, Ramon Bauer, and Peter Rehberg made a point of not only focussing on techno releases but also making unconventional and jarring examples of electronic music available to the public. A shining example of that idea is their recently re-issued first release entitled “Frigde Trax” - an oblique compilation of fridges buzzing – which was diligently arranged as an ambient record and even performed live back in the day. 1995 saw the entire crew (the label bosses were also active musicians) perform at the Phonotaktik Festival and that occasion put Mego on the map for good. An array of musicians that were zoning in on digital production in the advent of laptop and computer music, found a home in Mego. The label took on a leading role in the movement which is why they are associated with the vague term “laptop music” to this day. Wrongfully so, as Peter Rehberg tirelessly underlines. After all, the undaunted curiosity behind progressively enriching one's musical vocabulary and transcending conventional guidelines is not linked to tools or genres. After Bauer and Pieper left the collective roughly a decade ago, the British Rehberg took the helm by himself.

The label has since changed its name to Editions Mego. Rehberg, the consumate all-rounder, does an excellent job of accommodating styles like techno, ambient, noise, improv, sound experiments and folk. His main interest is the individual, idiosyncratic expression of the musician. It's not surprising that his back catalogue boasts names like Christian Fennesz or Jim O'Rourke, Merzbow or Japanoise berserker Keiji Haino, digital superfiddler Florian Hecker, Marcus Schmickler, or even giants of the young electronic scene such as Oneohtrix Point Never and Emeralds. For years now, the mother label has gathered a number of sub labels around it. Sunn O)))'s cult figure Stephen O'Malley (who plays alongside Rehberg in the duo KTL) runs the label Ideologic Organ. Former Emeralds member John Elliot linked up with Spectrum Spools - a label that directs its focus to the US synth scene, while the French label RE-GRM makes sure of representing the Editions Mego catalogue by reissuing GRM-Studio cuts of musique concréte pioneers Iannis Xenakis and Bernard Parmegiani.

The Editions Mego showcase at this year's Elevate Festival shows great variety and aims to highlight the label's diverse aspects. You will hear not only new acts but also musicians who have been with them since the label's inception. One of those people is Christina Nemec aka Chra. The Viennese comfortzone Label boss (who by the way also performs with Rehberg and Christian Schachinger in the band Shampoo Boy) is known for her immersive and deeply resonating drone scapes. Nemec paints dystopian sonic pictures using bass guitar, effects and field recording-samples to great effect. These images oscillate between existential trance and industrial wastelands. The second local act on the bill is the keyboard improv madman Philipp Quehenberger. His solo sets combine off-kilter melodies with relentless, pounding bass drums. Psychedelic and quirky techno that has been causing a stir in the Viennese underground scene for a good 10 years now. The two international acts are from the Spectrum Spools roster: Steve Hauschildt should probably ring a bell for most people, not lastly since his involvement in Emeralds. His gentle synth modulations sound like an eclectic mix of trance-induced krautrock, meandering, neon-coloured cosmic daydreams that bring back vivid images of the 80s. His colleague James Donadio does quite the contrary. He is known for cranking up synth modules with Verve and his nasty and noisy project Prostitutes manages to fuse Detroit techno with harsh noise while staying effortlessly restrained and that way creating a type of radical aesthetic that has attracted labels like Diagonal or Opal Tape over the years. The DJ line is also promises to be confrontational at the very least. Berlin's own Peter Votava aka Pure has been rolling with Mego since the 90s. He has worked with them as early as Mainframe, releasing joint efforts with Christopher Just under the Ilsa Gold moniker. Later on he re-emerged as Bolder on Editions Mego. His DJ set will be an exhibition of 20 years of performance and production experience with electronic music of all shapes and sizes – this is akin to his latest Editions Mego release (Bolder – Hostile Environment) which combines experimental elements with danceable ones. DJ Pita aka Peter Rehberg himself will be on site and might surprise with new releases and other acoustic intransigency.