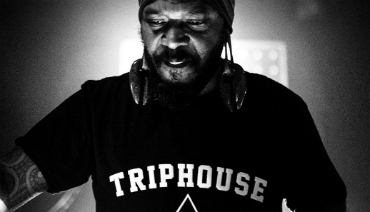 A decade ago, the landscape of club music was an entirely different one. 2005 saw the breakthrough of Oliver Koletzki and Trentemoeller, labels like Get Physical, M_nus and Border Community were essentials in every youngster's record bag. Soulful, jazz-infused house music was clamouring for attention beyond the fringe while being widely ignored by the general public. It's hard to imagine such circumstances considering today's sustained deep house hype, but back in 2005 there were hardly any young DJs invested in the music of Theo Parrish or Ron Trent. In fact, those DJs are the ones who are currently jonesing hardest for their deep house fix – despite having broadly discarded the genre as wimpy-house way back when.

But whatever, fickle opportunists and flaky individuals have never been hard to come by in the club scene. The problem with said opportunists however, is that they continue to water down the genre with cascades of irrelevant and mediocre releases, and have been doing so for years. They'll sample an old jazz record, slap a vocal snippet from a soul record on there and just layer a fat kick drum under it. Cultural appropriation means nothing to them. Nor are they interested in it because all they want to do is make awesome, deep tracks without wasting too much time thinking about it.

That said, if these people ever feel the need to educate themselves they needn't look any further than The Black Madonna. She has been a resident DJ at the legendary Chicago house club Smart Bar alongside Derrick Carter and Frankie Knuckles since 2012. Her toe-tapping house tracks like “Exodus” are anthems in spots like the Panorama Bar in Berlin. The Black Madonna exudes a certain level of political awareness in her music, and subsequently demands it in the club world. In her pamphlet (which you should read) she states: “Dance music should always raise questions, it needs salt in its wounds. Dance music needs Riot Grrrls and women over 40.” Amen!

The second headliner of the Red Bull Music Academy night is Osunlade. Back in 1999, the US musician and priest of the West African Ifá religion started his label Yoruba and quickly rose to fame as a beacon of afro-centric dance music. His DJ sets work as séances during which Osunlade takes his audience on spiritual journeys. His vehicles of choice are latin jazz, afrobeat, soul and deeper house, the latter of which really deserves that attribute.

Suzanne Kraft takes a similar approach, at least as far as his rich tapestry of work goes. Upon arriving on the scene under his given name Diego Herrera in 2011, the Californian producer released hushed house tracks, warped disco records, lo-fi funk and hissing ambient tracks on acclaimed labels like 100% Silk and Running Back. His current album “Talk from Home” is a small masterpiece, chock-full of stripped down sunset anthems meandering between Balearic house and handyman electronica.

The German-Venezuelan Viennese resident Moony Me – who's disco opus “Magergarten” is in the running for track of the year on the Dresden-based label Uncanny Valley - will be rounding out the night alongside Etienne Jaumet. Etienne will be performing a live set which in his case does not mean unenthusiastically pushing buttons on a midi controller. The Frenchman is known to travel with a boatload of analogue equipment that includes a modular synth the size of a suitcase. As a result of all this heavy lifting, Jaumet's music sounds like Todd Terje edits of lost John Carpenter scores.