Mina and Tash LC are two DJs who really heat up the dancefloor. London-based artist Tash LC is a DJ and radio host. Tash fuses afro-jazz with up-tempo rhythms ranging from kuduro, gqom to esoteric club sounds. The sets of her colleague, DJ and music producer Mina, are influenced by her preference for Afrobeats, dancehall and UK funky. Her own melodic tracks fuse diverse varieties of syncopated rhythms from around the world.

Tash -It's pretty chill at the moment understandably but things are starting to feel a bit more positive. The sun is out a lot more and there finally feels like we might actually have something to look forward to so that's a promising feeling!

Mina - Its pretty quiet at the moment! everything is shut so there isn’t much of a vibe, its also been freezing cold so I’ve rarely left the house!

Tash -  We were at my house which we've spent a lot of time in recently, playing out some bangers and just having fun with each other as always

Tash  - It definitely has created an even more intensive feeling of dissociation and distance from actual human contact. It's why I've tried to make sure that I'm going on walks and spending as much time in nature as I can because last year really made me feel like quite a hermit and was such a stark contrast to the year before where we were travelling and socialising so much.

Mina - I really struggle with it! I love face to face communication, I think a lot of things get lost in translation online. I find it much easier to connect with fans on the dancefloor, but still I’ve been enjoying creating different types of content such as production tutorials.

Tash - I don't make music but it's definitely changed the way I listen. I've found myself actually giving time to full albums and more chill sounds than I'd usually go for when centering my musical discoveries around gigs. I've found myself experimenting a lot more in my radio sets with genres like Techno and House which I hadn't delved into very much at all before last year so yeah that's been really fun and exciting.

Mina - Yeah I haven’t been making as much club music as I used to, but also when im at home doing workouts and cooking etc I always put on upbeat and high energy mixes, so I think club music does also work outside of the club context.

Tash - I've been really disappointed and upset recently by the ever growing class divide here in the UK that has been particularly highlighted by the governments horrendous approach to assisting people in need.  This pandemic has definitely  made me a lot more aware of the everyday injustices of class and access in this country, and I'd like to see more help and care given to those who've been historically left behind.

Mina - I feel strongly about making it easier for artists from the global south to travel and perform in the UK. Currently the UK has really restrictive immigration laws which make it much harder for artists from countries such as Ghana, South Africa and India to tour here. I would love to see more sharing of resources and information, and more advocacy from organisations with power to help make the visa process easier. 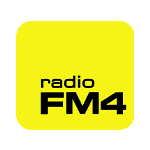