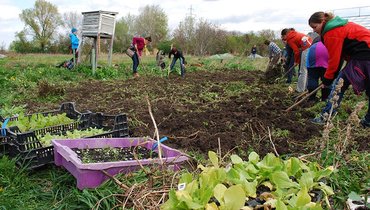 At this years Elevate Festival there is, in addition to a rich discourse and music programme, the opportunity to participate in various workshops and film screenings. The film screenings and workshops are as always free of any charge.

This time there are two exciting documentary films to watch.

On the first festival day (Friday) Let Fury Have The Hour (LFHTH) by director and Elevate discourse participant Antonino d'Ambrosio will be shown. LFHTH is a lively social history that chronicles how a generation of artists, thinkers and activists channeled their creativity into an organized response and resistance to the reactionary politics that increasingly defined US and European culture in the 1980s.

On Saturday Modulations by director Iara Lee will be shown. It traces the evolution of electronic music as one of the most profound artistic developments of the 20th century. By cutting back and forth between avant-garde composers, Kraftwerk's innovative synthesizer drones, Giorgio Moroder's glacial Euro-disco, Afrika Bambaataa's electro-funk and Prodigy's worldwide superstarstardom, Modulations celebrates, replicates and illuminates the nomadic drift of the post-human techno sound.

After each screening the director of the film will be available for a Q&A Session.

The workshop program is aimed at the practical part of the festival. A wide variety of topics are covered.

On Friday Markus Sabadello will show you the Freedombox Project. Freedombox is a small personal server which represents an alternative model to centralized Internet services such as Facebook or Google. With a FreedomBox, personal data is stored at home, not entrusted to the "cloud", and communication is decentralized.

At the same time the Think Hope, Think Crisis workshop with John Holloway and Leo Kühberger will take place. How can we break the crisis of capitalism? What can we think, what can we do?

On Saturday the workshop programme will start with Food Sovereignity & Solidary Farming with Irmi Salzer, Ulli Klein and Anna Ambrosch. Community-supported agriculture (CSA) and opportunities for involvement will be presented.

In parallel Research in Transition with Michel Bauwens and Silke Helfrich will investigate the commons-based society.

On Sunday, the last day of the Festival, the Elevate Security Sunday will show you ways to protect yourself from surveillance, to retain control over your own data and to use computers and the Internet in a self-determined fashion.

Afterwards there is the chance to explore a different kind of Graz. The anti-consumerism city tour with David Steinwender invites you to take a look at Graz from a different point of view. Please be on time at the meeting place outside the Forum Stadtpark.

All workshops and movie screenings will take place at Forum Stadtpark. There will be no recordings or livestreams from this events.