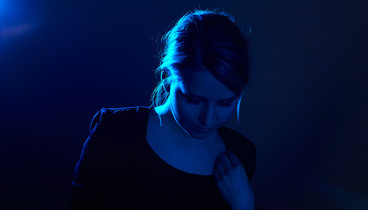 There is hardly anything more overused in music journalism than the word legend. Every month there seems to be a new book informing us about an under-documented local club scene. Interviews with forgotten local heroes and faded fotos galore. Reissue labels sprouting like weeds, seemingly competing to release even more exclusive tracks from yet another criminally overlooked legend, pressed on limited vinyl and passed through the system once again.

However in the case of Juan Atkins, the notion of a legend seems apt for once. The Detroit native is credited for producing the world’s first techno track. He gave the genre its name and founded the first techno label, thereby enabling careers for people like Carl Craig and Eddie Fowlkes.

Atkins grew up in Bellville, a suburb of Detroit. Around that time, he linked up with his future combatants Derrick May and Kevin Saunderson in school. After being turned on to the radio DJ Electrifying Mojo and his new wave crossed with funk mixed with the synth sounds of early Parliament records, he bought his first Korg MS-10 and started crafting tracks under the Cybotron moniker. The name of this project as well as the name of his first label Metroplex, are indications of his deep obsession with sci-fi. In an interview, Aktins once mentioned that when it came to Detroit, the robots working in the Ford factories fascinated him far more than the music of Motown.

In 1985, he released the “No UFOs” single under the name Model 500 which would go down in the annals of music history as the fist techno release. When the British DJ Neil Rushton put together a compilation in 1988 in an effort to bring Detroit music to Europe, he was looking for a catchy name to stick on it. Ostensibly it was Atkins who, after a hearty toke of the joint, uttered the words “Call … It … Tech .. No”. The comp was then officially titled “Techno! The New Dance Sound of Detroit” and the rest is history.

While May and Saunderson - the other two of the “Bellville Three” techno pioneers - have been keeping a low profile in terms of new material for a number of years now, Aktins feverishly continues to build his futuristic sonic vision. His latest grand accomplishment is a joint album with Moritz von Oswald under the Borderland moniker in 2016. It’s a Spartanic album on which the two of them manage to amalgamate jazz, dub and techno to a futuristic synthesis of the arts.

While we’re milking the whole legend terminology, Patrick Pulsinger is another artist who truly deserves the title - at least considering the local techno landscape. It’s been about 25 years since he regularly shacked up with his old friends Gerhard Potutznik and Erdem Tunakan in his childhood bedroom. There, they recorded tracks on cheap synths and drum machines (pre computers!). A couple of years later, their DIY record label Cheap Records was regarded as one of the most reputable and unpredictable labels of the young techno scene. After leaving Cheap, Pulsinger carved out his path as a studio producer - most recently releasing a full length club banger titled “Mud” in collaboration with Bavarian musician Sam Irl in 2016 after being out of the fold for a little while. Their show on the Red Bull Music Academy Stage will transform the sublime dub effects, soft Detroit chords and driving bass from the Mud record into a thumping live set which should serve as the perfect compliment to Atkins’ ensuing DJ set.

The first joint effort of the Pulsinger & Irl duo was released some three years ago on the 20th anniversary compilation of Pomelo Records, whose label boss and Viennese techno grandpa Daniel Lodig will also be working the 1’s and 2’s that night. Clara Moto from Graz, who has been releasing her diligently crafted house tracks on the French prestige Label Infiné since 2007, will also be on stage doing what she does best. 2007 was also the year Paranoid London started making waves on the other side of the English Channel. The title of their debut EP did an outstanding job of setting the tone for their future output: “We Make Acid.” Raw, brawny and in your face. This approach has proven to be very refreshing in a landscape of increasingly over-produced club track mating calls. Analogue equipment, vinyl only, no chummy promo efforts. Instead they set out to brew their acid house (their full analogue rig making its way to Elevate just as well) loyally sticking to the Detroit purity requirements. And that, as history has taught us, has always been the fabric of legends.