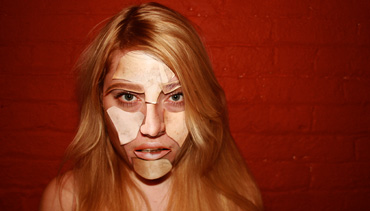 Get ready for an augmentation of Dorian Concept’s stage at Dom Im Berg!

Having recently released on Rwina Records and remixed for Warp Records, Jameszoo from Holland will be gracing us with another of his mighty DJ sets. Affine Record’s Cid Rim and The Clonious will be joining in alongside visuals provided by the Viennese visual art collective kon.txt.

Since Montreal's Dirty Beaches unfortunately had to cancel, we have the honour of welcoming William Bennet’s new project Cut Hands. Founder and sole constant member of Whitehouse, Bennet wields African and Haitian-inspired rhythms was instrumental in coining the expression Afro Noise. Examples of this fusion are well-documented on his recent EPs for Blackest Ever Black and Downwards. Austrian heavyweights Didi Kern (bulbul, Broken Heart Collector, Fuckhead, Die Mäuse and a ton more) and Philipp Quehenberger will go toe-to-toe and DJ Marcelle/Another Nice Mess will finish the evening off in a John Peel-esque fashion with one of her eclectic DJ sets.

Dark ambient / drone avant-garde artist The Haxan Cloak aka Bobby Krlic from London who continues to tour the globe in support of his terrific Excavation album.

New York’s own Margaret Chardiet aka Pharmakon, a noise musician who is infamous for her brutal and confrontational performances.

Ritornell & Mimu from Vienna will be opening up the festival with a collaborative performance. Both Ritornell and Mimu are packing new releases on Karaoke Kalk and Liska Records and are making their mark internationally.

For the full line-up visit http://2013.elevate.at/en/festival/music-arts/lineup

You also have the opportunity to support the festival as an Elevate Supporter and choose between two generous Supporter goodie packs as well as helping the festival maintain its high quality in the years to come.