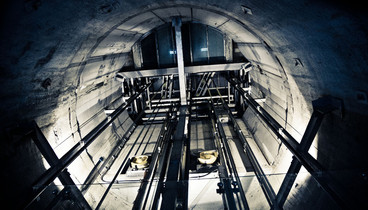 10 years disco and discourse in Graz - The Elevate Festival celebrates its 10th anniversary.

Danceable club music, experimental sound art and world improvement - since 2005 the city of Graz is home to a festival that is one of a kind within Europe. Over several days human rights activists, climatologists, technology and media specialists, and political scientists as well as pioneers of electronic music, small DIY labels and avant-garde musicians of various subgenres occupy the tranquil town on the river Mur. Lectures, panel discussions, film screenings and workshops during the day, award ceremonies, concerts, performances, and DJ line-ups in the evening – with this concept the Elevate Festival became one of the most influential forerunners for intelligent participation in the context of advanced club culture.

Discourse and activism - Before and after the crisis
What remains? What has been achieved? Where do we go from here? Elevate does not only analyze the happenings of the past, but also offers an outlook on future prospects. Where do electronic devices that form the basis of new technologies come from? Is open participatory software and hardware also an answer to limited resources and inhumane working conditions? Technical, environmental and social aspects are interrelated - not only on a global scale but also on a local scale. Elevate is therefore also bringing attention to pioneering projects and initiatives that have emerged and grown in Graz in recent years. And to highlight the connection between music and discourse even more, the festival also investigates how art can become a vehicle for political messages.

Guests confirmed so far:
Commons activist and author Silke Helfrich (DE); the political scientist and author Nafeez Mossadeq Ahmed (UK); the Harvard Business School professor and author Shoshana Zuboff (US); the documentary filmmaker and author Antonino d' Ambrosio (US); the „digital bodyguard“ of Glenn Greenwald and The Intercept Micah Lee (US); the Brazilian Internet-Governance expert and human rights activist Joana Varon (BR); the Belgian peer-to-peer expert and author Michel Bauwens (BE); the lecturer for digital culture and theory of networks at the Zürcher Hochschule der Künste and free author, Felix Stalder (CH); the lecturer for philosophy and media at the Hogeschool van Amsterdam Miriam Rasch (NL)
..and many more. Video message from: Vandana Shiva (IN)

Music & Arts:
Anyone who knows anything about Elevate can be sure that the goods will be delivered once again this year. The 10th annual edition has its sights firmly set on bringing fresh and exciting new artists to Graz and fitting them into a wide-ranging offering of musicians, writers, visual artists and experimental sound artists, with special care given to their congeneric nature.

With such an aesthetically varied line-up, it's only fitting that the festival is held inside of the Schlossberg, a quaintly located mountain in Graz, wherein the audience is treated to a uniquely intimate festival experience inside the mountain's tunnels and caverns.

After curating his own stage at the Schlossberg in celebration of Hyperdub's 5th birthday in 2009, Kode9 will return for 10 years of Elevate and he's bringing various DJs and live acts from his pioneering Hyperdub Recordings label along with him.
Motor City Drum Ensemble aka Danilo Plessow is all but shy about his love of old school house, vintage soul and disco and will bring that and a lot more to Graz this year joining fellow house/techno aficionado and “Mutual Dreaming” promoter Aurora Halal, hailing from NYC, as well as legendary Chicago veteran Traxx.

Mika Vainio, one half of the trailblazing Finnish noise duo Pan Sonic, will provide fans of experimental music with their fix. He will take the stage in the Dungeon alongside another duo by the name of Acteurs who manage to straddle the intersection of industrial and post punk as well as compelling noise techno performances of Ren Schofield, better known as Container.
The festival will be opened by the extraordinary Viennese “techno band” Elektro Guzzi, championing their new record which will be performed live in Graz for the first time but not before Torn Hawk, a video artist and musician from the US that most people probably don't know about, has the crowd all warmed up.

Elevate's partner festival hoergeREDE will simultaneously combine experimental poetry and political literature with sound art and performances at their very first residency at the Stallbastei by the Schlossberg.

Early-Bird-Ticketsale starts!
Limited Early Bird Festival Tickets will be available from 02/07/2014 for just
36 Euro plus advance booking fee at https://ntry.at/elevatefestival2014